ØV the Kid: And Now We Know. 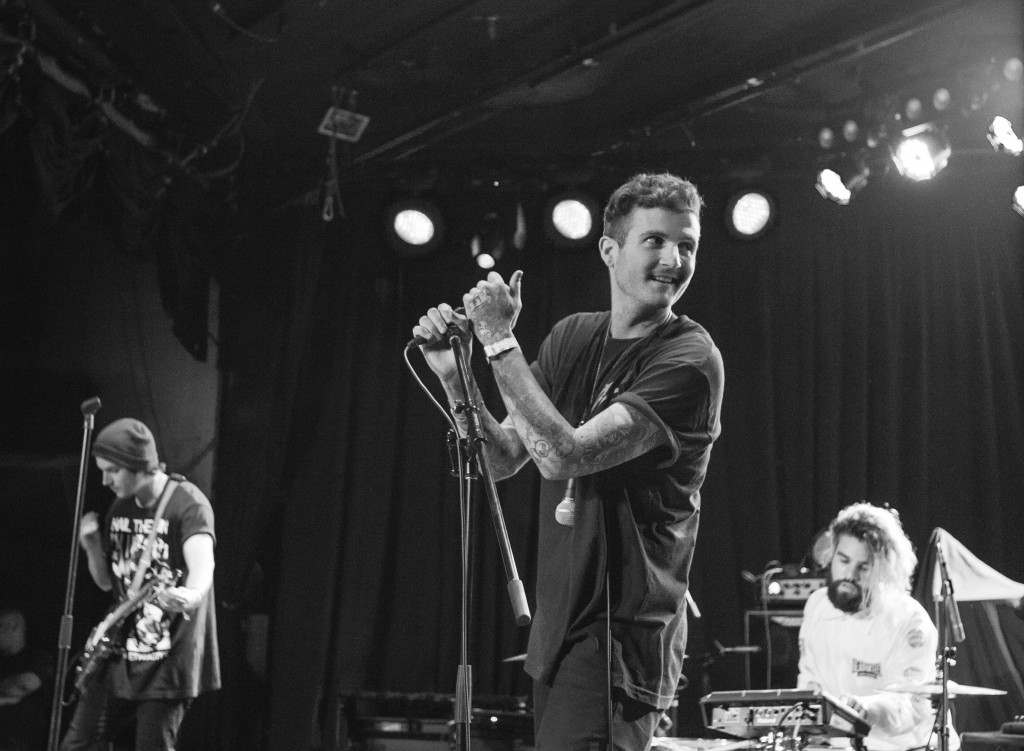 It was about twenty minutes after nine, and I officially began to get antsy standing amongst a crowd of some very youthful faces. Olivver, aka The Kid, whose band was teasing us from behind closed curtains, was opening for Lovelife at The Roxy on Sunset. It’s always the best catching newer acts that you know are going to be big, except this wasn’t exactly ØV’s first go around. Olivver, fka as Bryan Sammis, I discovered is the former drummer of the mega popular band, The Neighbourhood (hence the teens). I initially stumbled upon his solo work while Lovelife was co-hosting ALT 98.7 on a Sunday, and they were introducing their friend and collaborator’s song, “Lucy (Hurt People Hurt People).” I freaked out when I heard it and that’s pretty much what I did when The Kid hit the stage playing it as the night’s opener.

All of his music is eclectic and of a natural pace. There’s no rush here, but it’s still cohesive and has solid momentum. The songs are dope, and the production translates well to the stage. The genre is somewhat ambiguous (which I dig), but the music still serves, so whatever. There’s some melodic R&B elements, electronic elements, and some serious sensuality taking place. He performed “Attica ‘71,” one of my favorites, and his band killed it. He knows what he’s doing and he’s got the swag to pull it off; ØV is a thinker and he’s crafty. There’s all kinds of conceptual blueprints happening, whether in his videos or Now You Know t-shirts; needless to say, there’s substance behind the product. It’s original and clever, and I like it.

One may have assumed that it was Bryan’s decision to detour away from The NBHD with desires of doing his own solo thing, but the night of the show indicated otherwise. It’s never quite that simple after all. There was no bitterness in tact, nor arrogance, instead he has a quiet confidence that seems to be simply moving on with life. That’s not to say it was an easy process. He closed the show with a candid sentiment just before playing his song, “Not Going Home.” Bryan opened up about the pain associated with change following the highs of success, and the crisis of identity experienced at the end of a profound life chapter. His last words summed up his decision after leaving his band to either ‘go home… and kill myself,’ he abruptly stated, or to go and keep making music. It was quick, but clearly not lacking in extremity; it felt necessary. It certainly hit home for me. It’s emblematic of a cultural myth of success while poignantly reminding that it is indeed fleeting. However, the phoenix will rise again, because if there was anything the night told us or for us to know, it is… The Kid has heart and he’s following it. So, Olivver’s star is rising, because he and his music are actually really good.

So yes… now we definitely know.