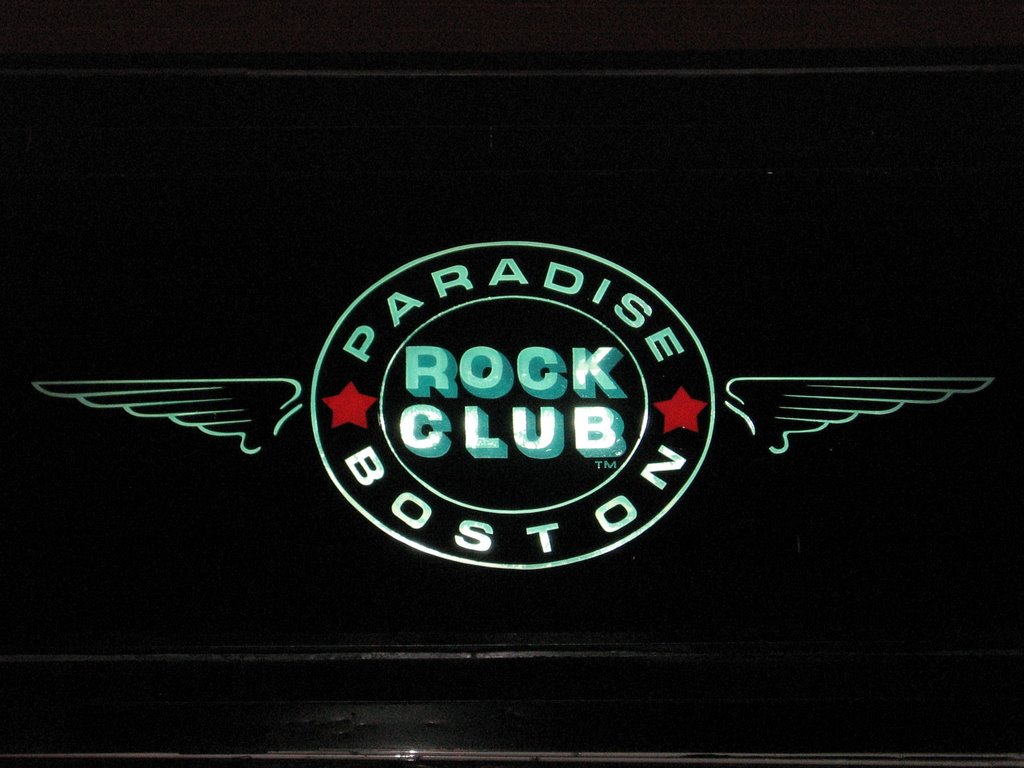 “SOLD OUT” glowed clear from the UBURGER across the street.  A respectable line had formed and settled comfortably, waiting patiently for doors to open.   As if everyone just filed in, in a nice order the front of the stage was packed by the time the opening band Californian Wives began.   Soft, simplistic and enjoyable music focused the attention of the crowd.  With pseudo-Chris Conely’esque vocals, and a chill sound, I’ll be looking forward to listening to their Art History release from this month.

Everyone edged up more, a lot more.  Not sure what the big deal was with the opener to Stars, seeing as I had never heard of them before.  I was in shock as band mates donned in 70s jackets, hats, and aviators began playing.  Even more in shock as the lead singer strutted out wearing a full-blown Saturday Night Fever, 1970s white tux.  So this is Diamond Rings.  My shock didn’t wear off as their music moved the crowd (most were probably in shock), and got them dancing and rocking out.  Besides the dancing (the saying “white guys can’t dance” rings true here), they had this great Neon Trees type sound, though using a lot more synthesizer and experimentation.

By this point, getting back to your spot from the restrooms was about as brutal as trying to actually get out of the parking lot after a Patriot’s Game.   Well, maybe a little bit better.  The audience was so pumped for Stars to come out, but as in the line, in this quiet and patient way.  The anticipation was evident, but no one was being annoying (#mykindofconcertexperience).   However, as Stars headed across the stage, the backdrop had been set to flickering images (much like their music video trailer) and the crowd was finally able to let their excitement show.

Beginning right from the top, they belted out first track off of The North, “The Theory of Relativity.”   Not being as familiar with their older songs, this set things off to a fantastic start.  As they went through their set list, I was absolutely impressed at how they would alternate, almost every time, with tracks off their newest album and other, popular tracks from previous albums.  Having been a band for quite some time, I thought it was pretty great marketing and impressive for them to play all, but one track off of The North.  It was almost every other and I was a joyous soul (again, I only knew the new material).

Even though there were a handful of songs I was unfamiliar with, it didn’t matter much (well maybe to the girl in front of me having to listen to my whiney voice sing along).  Stars rocked hard on every song, they made me want to buy every album these songs were on.  They were all catchy, and because it’s Stars, most songs were under 5 minutes, so right when you were getting the hang of things, it would switch to something else fantastic.

Yet, the most magical part of this show was not the wonderful transitions and set lists, but rather the actual performance.  I have never been to a show that captivated my attention like this.  I felt as if I was watching an emotional dialogue on a theatrical stage.  The body language, facial expressions, stage location, arm and hand movements, everything was done by Torquil Campbell and Amy Millan matched the mood of the song, the theme in the lyrics and the exact line they were singing (or rather sharing).  They experienced every moment of every song and delivered it to the audience as I had never seen done before.  I stood there staring at them, realizing if I did not understand English, I would know exactly what their song represented based on their deliverance.  It was not done in a gaudy way, or even in a way where they were showing off.  Some parts, I even felt that it was not even planned, but rather they were able to get so lost in their story that they were expressing all emotions attached.  This was a completely dynamic experience as an audience member and at the end I was so upset that the moment had to end.   I was also a bit disappointed in the encore (as were others) when only “The 400” was performed.   The audience would have gone wild if “Hold On When You Get Love and Let Go When You Give It” (HOWYGL and LGWYGI ) was the encore.  Besides this, wow.

Best song was “Do You Want to Die Together,” not only because that’s my favorite song on the album, but it apparently is a loved one by many and it was such an epic experience to be singing and jamming out with Stars.  “HOWYGL and LGWYGI” was also quite a crowd-pleaser, as well as “Dead Hearts.”  Yikes, holy goosebumps.

Make sure you check out Stars as they continue their North American Tour; it will be well worth it and don’t forget to listen to The North.