Preview: System of a Down With Palms at the Hollywood Bowl 7/29/13 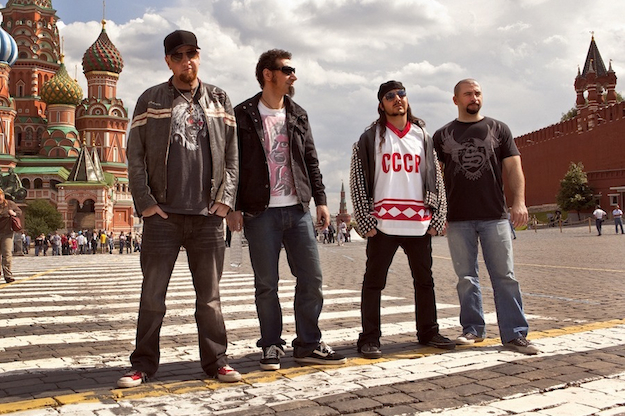 On July 29th, one of my all time favorite bands, System of a Down, will perform in Los Angeles at the Hollywood Bowl. Tickets went on sale March 22nd and sold out within hours. This is their only North American tour date this year and I’m absolutely ecstatic to see them for my first time. I only wish my midwest gals could be here to rage with me, fists in the air, horns out, hair flying. I’m sure to lose my voice after this one. Ahhh it will be a magical night and at such an epic venue!

The juxtaposition of SOAD’s sound is enamoring, delightful, frightening and encapsulating all at the same time, with smooth transitions from middle eastern influenced vocal melodies and rich, epic riffs to thrashing guitars and full metal drums. Singer Serg Tankian‘s Armenian background and vocal range along with his unconventional stage presence and tactics completely shines through in every performance, segregating the SOAD sound as a unique form of Armenian American heavy metal. With no new material since 2005’s double  albums Memmerize and Hypnotize, we are sure to be filled with a plethora of mega hits like “BYOB,” “Sugar,” “Chop Suey,” and “Aerials” along with some lesser known tracks (unless you’re a psycho fan like me) such as “Suite Pee” and “War?.”

Opening up the show is semi-newly formed Los Angeles supergroup Palms, featuring Chino Moreno of Deftones and Jeff Caxide, Aaron Harris and Bryant Clifford Meyer from Isis. A glorious fusion of both bands, toned down and turned upside down in a new form of charming, atmospheric rock. Moreno’s entrancing lyrics and soft and airy yet boisterous vocals are a perfect match for the musical composition of the three Isis members. I’ve just begun to listen to their debut record, Palms and it didn’t take long for my love affair with the record to set in. I’m looking forward to an evening in a gorgeous venue with some heavy, alternative rock! Much needed.

TAGS: wouldn’t know what to do with myself in the pit, not scared, little girls moshing, Nas loves some Henn, I love some Nas