Representing 1320 at a Sold Out Roxy Tonight: Cherub and Mansions on the Moon 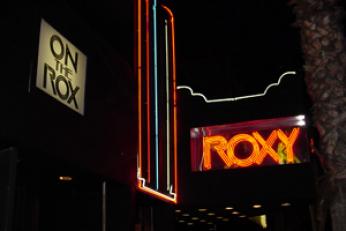 Tonight, LA based new wave electro pop quartet Mansions on the Moon will play to a sold out room at The Roxy in Hollywood. With Ben Hazelgrove on keys and Lane Shaw on drums (both from the late Pnuma Trio), MOTM’s downtempo new wave indie pop tracks are tightly infused with heady beats and electronic elements, often reminiscent of the old Pnuma’s jamtonica sound. We will most likely get a healthy dose of the recently released EP Full Moon as well as some of their earlier material including 2011’s Paradise Falls and 2012’s Lightyears (produced by Pharrell Williams).

Here’s the trailer for the Full Moon EP release and tour:

I’m especially excited for this night of music because two amazing bands from my favorite label, 1320, (founded by STS9, one of KTC’s Amazing Bands) will perform. Cherub, the self proclaimed sexy electro-pop duo from Nashville, will headline the event which also includes a set from LA natives Mind the Gap.

Check out the newly released video for Cherub’s “Heartbreaker” for a glimpse of what’s to come this evening. I already have my outfit picked out.

TAGS: Modern Measure signs to 1320, goes on tour with Zoogma, debating 5 nights at the Tabernacle…again