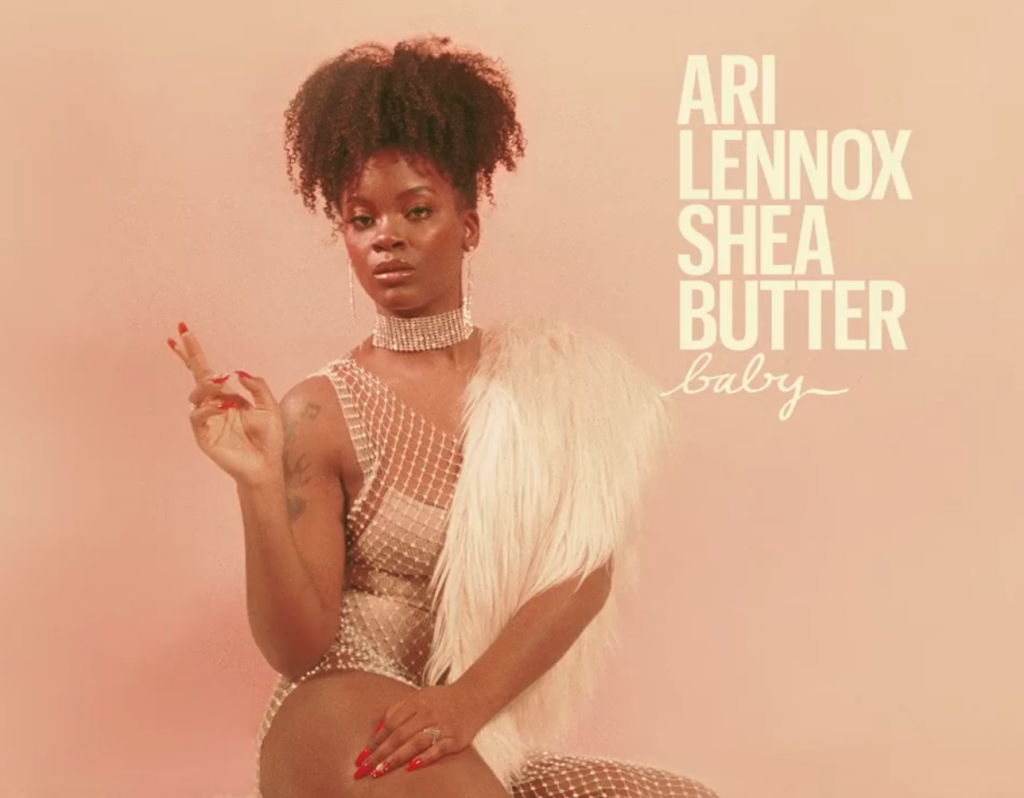 The J. Cole discoveree, Miss Ari Lennox, has at last released her debut album, Shea Butter Baby, with the title song featuring his truly. The album is interwoven with brash and raw lyrics akin to those of Summer Walker. The music is seductive, bouncy, and sultry, with some pop flair still in there. Her vocals are the most distinct and the production has an R&B retro vibe. Upon hearing, it could easily be mistaken for a different generation. Her influences of Eryka Badu and Lauryn Hill are evident in delivery, and at times that bounce in the melodies along with her vocals lend a certain nostalgia reminiscent of Destiny’s Child‘s The Writing’s On the Wall
. Hells yea ‘99.

Fret not, Millennials, she brings us up to topical par with her lyrical content in songs like, “Facetime” or “I been“, where she lets us know we aren’t alone in our shitty Tinder dates.

She’s definitely not afraid to hit us with words making us ever so aware of her formidable sexual prowess. Get it girl.

Nothing sets the tone for an album like lyrics from her opening song, “Chicago Boy”

“Said listen, baby
I know I’m speeding up this vibes
Is you gon’ judge me
If I fuck you before I catch this flight?”

I mean, I think that settles it. Woman is ready and she’s got no qualms about it. Por que no.

The album title song, “Shea Butter Baby” feat. J. Cole, gives us more innuendos—whether it’s fucking up your pillow or making love by a trash can—or, maybe it’s as the ever so succinctly title, “Pop”, infers—for ya know…poppin it.

But with all that said, I’ll have to go with the last line of that song to sum everything up about Ari —-> And that’s why I love… you

You can catch her on tour in the U.S. beginning May 12.