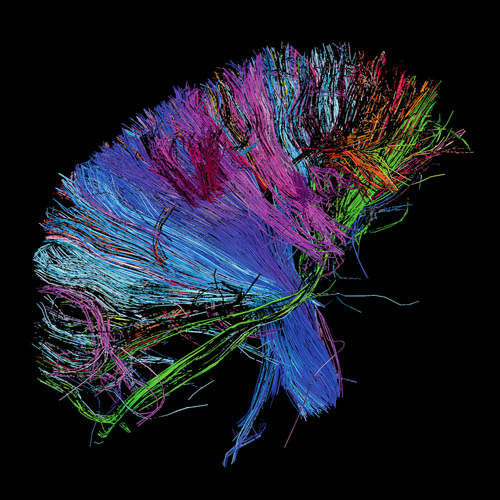 …and it also is for anyone who loves music that is completely possessed by the spirit of rock and roll.  Nobody could have put out such a dramatic fantastical album, but a band that has been around for 18 years possessing such highly professional talent and creation, as well as the capability of having the music industry in the palm of their hand.  There are going to be some disappointed fans out there who are Black Holes and Revelations Muse-ified and feel like this gigantic step into the disco-rearing, Queen-flashing influence is less than anything they were expecting.  Yet, it certainly opens the doors for some new fans who previously had less than appealing thoughts towards the British band previous to hearing “Madness.”  Being the latter, I am in full support of Muse going into this new direction with the powerhouse instrumentation and decades of experience they’re in possession of.

This is not a rock band mellowing out their sound (*cough*Incubus), nor one who decides that they’re going to experiment hanging up their instruments for synthesizers (*cough* No Doubt).  Rather, we have a hugely popular band, gathering up as many influences (as strange and opposite as some may seem) as possible and creating songs of epic proportions.  Muse, creating dubstep disco of the 21st century.  Muse, mastering the art of a modern air guitar, Queen inspired rock themes.  These seem rather silly and you may think that not only is this is impossible to actually sound good, but also that Muse should not be attempting either of these things.   Folks, hold on to your iPhones, for The 2nd Law [Helium 3, Warner Bros.] (Out now!!!)  is a rollercoaster of intense velocity.

The idealistic Rock God rattles your soul as “Supremacy” floods through, vibrating your imaginary 1990s speakers (remember how they would do that?) and gives you an outrageously amazing reminder that rock can still be this badass.  The first six songs leave you entirely speechless.  One after another, completely different than the one before, but still maintaining heavy and intricate guitars, solos that would gain respect from any professional guitarist, and you not only are in shock that this is Muse, but at how fantastic it is.  As the album nears the climax, you are introduced to a more political side of things as “The 2nd Law:  Unsustainable” and “The 2nd Law:  Isolated Systems” hosts political, scientific, and social changes that have influenced our era through journalists reports and a “Portal”-esque female narration (the cake is a lie).

I’m not going to go song by song, because I would run out of adjectives for “awesome,” and want you to experience The 2nd Law for yourself.  The glam rock style is overpowering in a self-fulfilling way, yet can be toned down for the slower ballads (“Animals,” “Save Me”), and modernized where dubstep is clearly present (“Follow Me,” “The 2nd Law:  Unsustainable”).  There is just no going around it, Muse knows what it means to expand their sound and dabble in other genres while continuing their essence (which is instrumental and compositions specialists).   If you’re more a fan of their older sound, maybe think of this as one of their “lost albums” and appreciate its glamour rather than discounting it all together.  The 2nd Law is by far, one of those most overwhelmingly head-banging albums of the year.