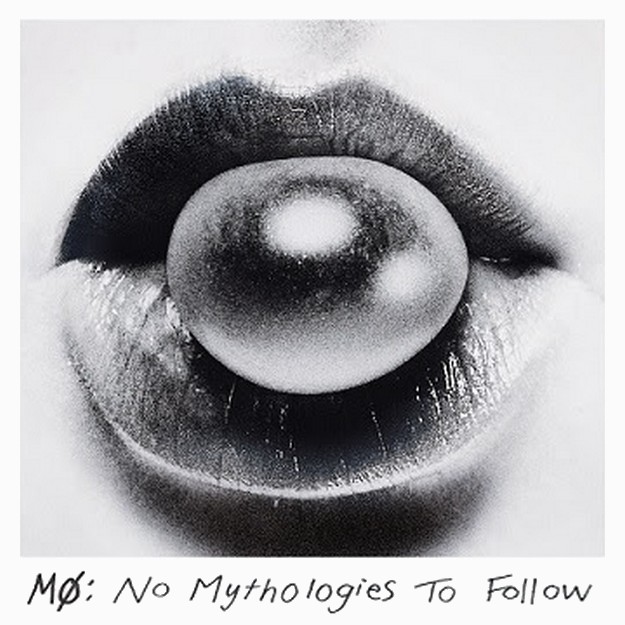 Pretty much accompanying all aspects of every on-the-rise female artist at this time, Danish singer Mø’s premiere full-length album is as much mysterious as it is comfortable.  She has her own niche while picking up on deeper vocal intonations like Lana Del Rey, or a casted shadow on glittery pop such as Rihanna or Beyonce’s newer endeavors.  There are also sensual vocal extensions reminding me of the infamous Chloe Chaidez of KITTEN.  Having enough of her own style so that you wouldn’t confuse her with any of the previously listed comparison’s, though “Dust is Gone” is very LDR-like.  With the frame of mind that I cannot stand LDR and have never had any interest in Rihanna, there’s something not as pushy and more natural with Mø than I find in the other two.

No Mythologies to Follow rolls through very smoothly, most songs sounding different than the others carrying a distinct style associated with them.  Whether a 60’s doo-wop vibe (“Never Wanna Know”), 90’s dance (“Slow Love”), or the latest track remixed at a club blaring the latest hits (“Fire Rides”), the sounds are nicely spread out.  Showing off the different avenues her vocals can extend results in an enjoyably flowing album.  There are certain places throughout that I can eye roll or sigh towards, but these stem mostly from my anti-feminine pop mindset that is so heavily cemented in my soul.

The beats are catchy and her vocals reply in a patient and delicate touch, bouncing off one another as if they were intertwined.  Treating the beats and background vocal loops as a duet of sorts, you receive this wonderful back and forth between Mø’s varying vocals and a plethora of synth beats (in some cases including horns…).  Her connection to the instrumentation that is playing around her feels fluid as it seems to answer back to her flavorful notes.

Mø’s album starts off with a spindly choral intro slinking back into a solo verse hitting deliciously high notes.  “Fire Rides”’ chorus solidifies her attempt at creating a solid beginning.  As No Mythologies to Follow continues, you’re witness to the palpable combination of Mø and the music that swirls around her.  Her single “XXX 88” featuring Diplo is an out of your seat, body rolling tune.   Becoming a tad monotonous towards the end, I prefer “Maiden” that is far more intrinsic in Mo’s style.   The rest of the album backs up her upbeat and perky attitude with a soft and mystical dark side.

TAGS: Sky sets it straight, 311 tomorrow at The Roxy, TOOL kicks off tour in Washington, “Stinkfist” last night, The Pizza Underground at the Whiskey-A-Go-Go tonight!