Saving Your Dried Up Rock Soul: Catfish and The Bottlemen’s The Balcony 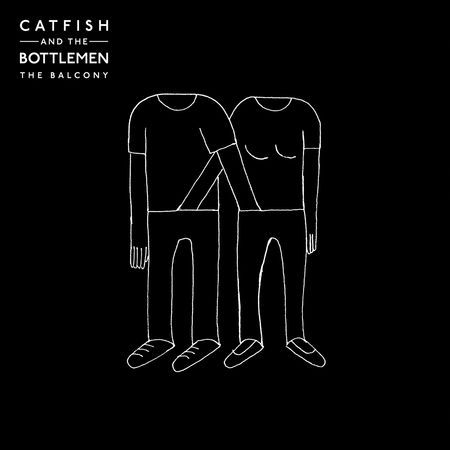 The album art sums up the eleven tracks quite perfectly.  The in-your-face, hand-in-pants, yet withholding the raunchy details experience is wrapped up in a slightly dim package.  The delivery of raw male honesty in multiple situations (some sexual others typical pre/post relationship, you know…the typical) is effortless complemented by the catchy pop rock sound with a British accent making a seamless identity.

There’s something about British “rockers” that you can’t quite put your finger on, but they always seem to get away with expressing “I pissed you off again, so that you’d leave me alone” and me automatically assuming there’s a stage five clinger when in most likelihood there’s a reasonable and nice lady being treated unfairly.  It’s like The 1975 where you just go along with anything Matt Healy says.  He’s British, it’s fine.  Van McCann (great name by the way) also possesses this signature characteristic and the entire album is greeted with leather bomber jackets, a pint in one hand, a cig in the other and me attaching myself to these intense emotional vocals.

The instrumentation that’s involved here is quite exceptional; it’s pretty close to a 50/50 with many songs housing half solo jams in gnarly intros, outros, and bridges and the other half in vocals.  Paying attention to these great guitar melodies and drum rolls is key in understanding these lads are more than just laying down catchy choruses.  Thinking in particular of “Cocoon”‘s bridge which I so lethargically spoke of in a previous post, or “Pacifier”‘s unexpectedly juicy transitions.  Some bands have difficulty sharing that live feel of completely rocking out on a record, yet The Bottlemen transmit the edginess and energy of The Balcony across all speakers.

Catfish and The Bottlemen are the sound we have been subconsciously waiting for since The Kooks started down the more electronic path (nothing against them, they’re grooving in experimentation).  We’ve been craving the heavier rock from across the ocean that bands like The 1975 are fluttering around but aren’t quite stinging us with at the flawless bridges and thirty second intense guitar intros (rather we’re melting at the passion of Mr. Healy).  It’s raunchy, it’s honest, it’s explosive rock that’s teaming with the gloss of experience and professionalism.

See where they’re playing live near you here and check out this rad Killers’ cover here.