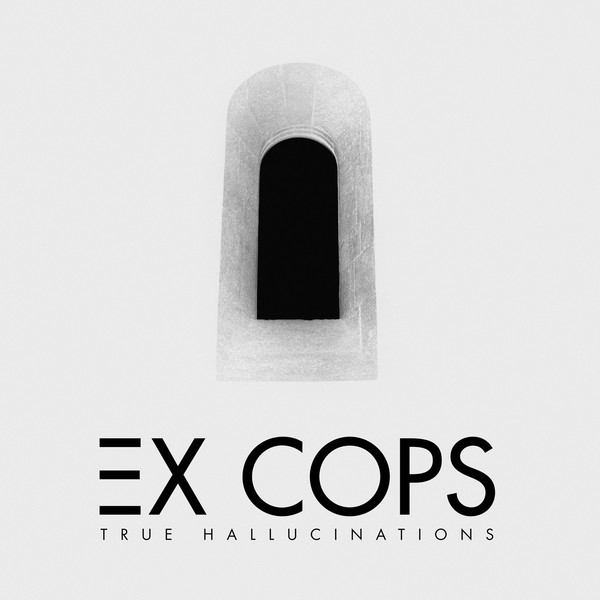 A thick, colossal beat slams its way through, tag-teamed by distorted, fuzzy sounds and focused percussion clearing a small path for a catchy melody.   At the height of this intro track you find yourself preemptively at the conclusion, with nowhere left to let the beat drop.  Crashing through your speakers travelling at a drum roll speed arrives “Ken,” coaxing your soul back to where “S&HSXX (intro)” had left it.  All very well-planned of the Ex Cops duo from Brooklyn.  With majestic movement, you are carried past combinations of sounds screaming with inspiration from more artists than we can put our finger on.  Hunting, gathering, and subconsciously being infiltrated with inspiration from the core of artists’ souls.  Not copying melodies, or specific rhythms (though maybe videos…), but building off of the foundation musical geniuses started with.  You are listening to one song and every moment you can compare it to something else, then switch your idea, and then think that maybe you could just say a figurehead of a specific genre and be done with it.  That is until you hear a trumpet and you decide to enjoy the album as a whole because breaking it up into comparisons is starting to hurt your head.

True Hallucinations ( is stuffed with musical goodness, differentiating among every song, being held together by quiet male and female vocals.  The vocals are louder and less whispery when the song is calling for it [“Spring Break (Birthday Song)”], but never over-trumping the track as a whole.  Switching up pitches and ranges as much as they manipulate their sound, yet always maintaining this delicious blend of instrumentation that remains standard throughout (plus a visiting trumpet or two).

With all tracks under the 4 minute mark, things come and go rather quickly, and it’s pretty impossible to pick up all epic moments in one listen.  One of the most predominate aspects of True Hallucinations is with every listen, the album seems to roll down a snow covered hill, growing on you until your suffocating in catchy beats with an indie attitude.   By the third “S&HSXX,” Ex Cops have you thinking you’ve never heard such a wondrous bass drum and precocious accent.   It’s a musical brainwash in the most accepting and preferred way.

With all this stuffing and brain washing you may feel a bit worried about getting involved with such a bullying duo.  The perks are substantial.  With every song introduction capturing your soul you knowingly want to be taken into this Ex Cops world where anything could happen.  You won’t have to compromise your typical taste in music, for you could easily persuade any song to be compared to something you generally appreciate.   Once you’re hooked, you can allow it to flow through your veins and let tight drumming, angelic background vocals, and always intricately bursting composition speed to your heart.  With intensity, from the softest way possible (“The Millionaire”) to the crunchiest distortion (“Nico Best”), involved every step of the way there is no reason to be skipping any song.