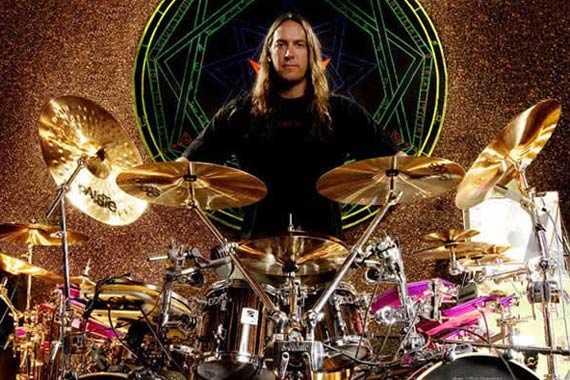 Volto! is a Los Angeles based jazz fusion jam band with a trio of core members (including Danny Carey of TOOL) and an array of guest collaborators. I was surprised to find that their sound is so similar to some of my all time favorite bands including, not surprisingly, TOOL and Porcupine Tree. Their album Incitare was released in June (Concord Music Group) and I can’t help but compare it to one of my all time favorite Frank Zappa albums, Trance-Fusion (recorded shortly before his death but released in 2006). With Carey’s quicktime jazz drumming and John Ziegler’s blues fusion guitar solos integrated with short and sustained chordal and melodic piano fragments and funky bass lines (Lance Morisson) Volto!’s sound is unique and not exactly genre specific, but one hell of a side project that I’m sorry to say I’ve just learned about.

Check out the new video for “Tocino”

Dude, this video is so disturbing. Even more disturbing is the fact that it only has 400 views!! This is Danny Carey for Christ’s sake, the best drummer of our generation next to Zach Velmer. Hands down, this man is a God behind a drum kit and anything he works on is worthy of the ultimate recognition, a spot on our blog 🙂