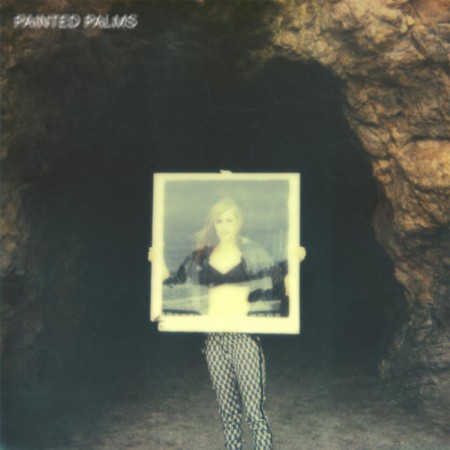 The pseudo psychedelic vibes that resonate off of this album lead you down a Tame Impala-esque road.  A little more Dale Earnhardt Jr. Jr. than experimental, but nevertheless, your weightlessness and urgency for freedom from attachment seems to be compiled in Forever [Polyvinyl] (Out Now, Get it here).   With everything set in a falsetto range, high notes blazing by, you’re constantly floating upwards.  I do admit that the addition of heavier beats implemented here or there would send this album into my top albums.  It has the potential to go anywhere and be mind blowing, but instead it’s placed in an eloquent position letting dreamy magicalness take precedent.  Since they had other intentions, I have to get rid of my “if only’s” and ingest the reality of their sound…or rather, lack there-of.

Painted Palms pieced their album together via sending created music bits to one another through the interweb, framing and sliding them together to create Forever.  This certainly surprised me, for this album doesn’t have that jumbled, multi solo-focus sound.  In fact, the opposite is quite true.  The blending is so smooth and all instruments flow seamlessly by.  Additionally, watching their live KEXP video for “Canopy,” a single from their first EP, you can see how focused the individual instrumentation is, but as the music blends within the curves and pauses you are indeed given a complete piece.

Forever begins with “Too High” and “Here It Comes,” both are catchy tracks with a lot of substance.  I personally wouldn’t have placed them right after another since their melodies are similar in spots, though four or five songs a part you wouldn’t pick up on it as much as back to back.   Either way, they start you off in that dream-like state with dancing feet below swirling hips.  As songs roll on, you pick up on connections to MGMT (“Sleepwalking”) or The Shins (“Forever”), a lot of Beach Boys harmonies appear throughout (“Soft Hammer” for example), almost as if Pet Sounds was compiled with electronic influences and applications.  The album appears very heavy with comparisons to others, yet equally fresh and delightful without being overdone or monotonous.

Hearing “Not Really There” on Hypem took me over in one fell swoop, including the wavy and eerie intro reminding me of The Hollies (and here we go again with another comparison!).  Instantly I recognized this track as one that was made for me, obviously.  The vanishing of instruments, to bring them back later in the chorus was completely satisfying, perfect for dancing and singing along to.  Throughout Forever there are moments like these that are cheerful to the ears, bringing a smile to your face at the unity of everything.  The illusions of color and sound impact your emotions as you engage in this pleasurable album.