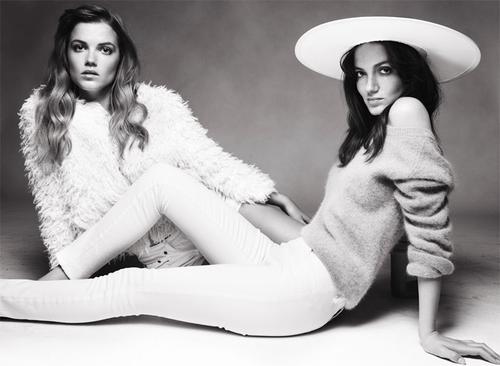 The party rockin’ month of March has arrived and with that we say, happy March Madness. With the month of March comes endless amounts of celebration, Irish car bombs, basketball, and of course, music infused partying with friends. So whether you are enjoying a cool beer and a basketball game or a rad rager, make sure you play some Bluford Duck, Say Lou Lou, or a bit of Prelow to kick off whatever shindig you have planned for your evening.

Say Lou Lou  – “Everything We Touch”
Swedish/Australian duo Say Lou Lou releases yet another fun and catchy song that puts them slightly closer to becoming the new queens of international pop music. Perfect for a sunny day BBQ, “Everything we touch” is atmospheric and a shimmery hip moving track.

Prelow  – “Simple Song”
An NYU duo going by the name of Prelow have a new streaming track called “Simple Song”. The new song is just as chilled, with its smooth beat, lean arrangement, and easy-flowing hooks in high falsetto.