State of Music Half Way Point 2012

We’re half way through 2012 and things are going along pretty nicely in the music business.  CD sales are only down a few points while digital tracks (up 5+%) and digital albums (up almost 14%) are both headed in the right direction.  Adele is still in the top ten every single week after a year and a half on the charts, and Fun. and Gotye are enjoying record breaking sales years.  The concert business is up in 2012, but I haven’t seen any official 1/2 year reports to give you any hard numbers.

2011, brought us about 70,000 new album releases while only 350 accounted for 90% of total sales.  This rule has generally always applied in the music business, but the amount of releases has doubled in a decade.  The amount of music is increasing while the quality, yes the quality, is widening (is that good?).  It might be time for baby bands to break with singles backed up with EP’s while back-seating the full length for a proper label release cycle.  Getting a label may be harder than ever, but starting a bandcamp site is as easy as it gets.  Make all of the money you can, go play a zillion shows and start pumping up the hype meter.  oh and good luck!

Streaming is slowly blocking the sun.  They got positioning right and now only need time to take the top spot.  Almost 21,000,000,000 (billion) songs were streamed in 2011 and the numbers are going up up up for 2012. Spotify is leading the way. We’re happy to be wrong about streaming.  Its here to stay, so buddy up with your streaming services so they can help get your exposure meter up.  Owning an album collection is clearly a dying art.  With 24/7/365 active-selection on your side, how can you lose? 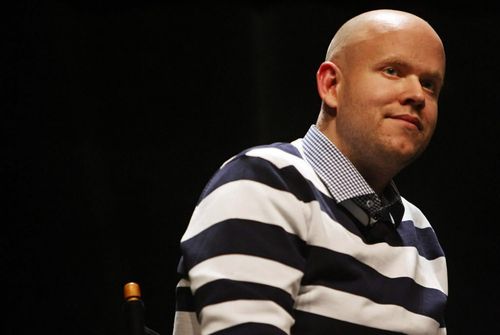 Artists, in the middle of the road financially, will lose here because after giving up their rights they won’t make much on the recorded music side.  (if you’ve done this in 2012, you’re probably desperate)  These “established” artists are slammed with overhead.  After paying their respective teams and feeding band members you’re left with endless touring to pay your mortgages, car payments and well…life.  Maybe that sync will come along to change your path or Glee cover, but most probably it won’t.  You better like van life!

Universal music is in a dogfight to preserve its purchase of EMI and fend off anti-trust regulations.  VEVO is close to a billion dollar valuation after rumors are swirling to a 9 figure funding injection.  SXSW has become a tasting field for corporate sponsors (blech!), Coachella is as healthy as ever and is in fact STAYING in Indio despite rumors to the contrary.

How many summer festivals are you going to….oh wait no one cares cause most of them suck.  Sorry.