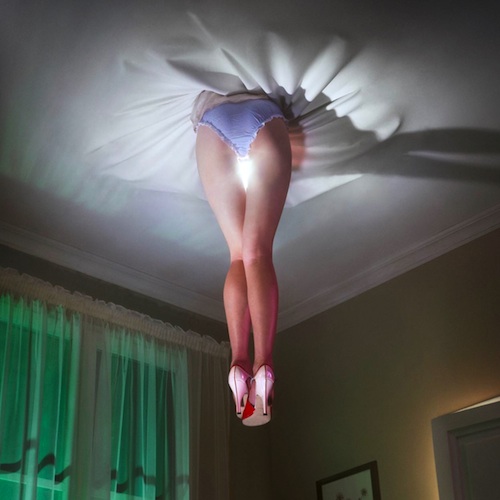 The release of indie electro-pop band Two Door Cinema Club’s sophomore album is in the near future. Due to the massive amount of spectacular releases in September (and the lack there of in July), I have resulted in prepping you a little early for Beacon’s [Kitsune EUR, Glassnote USA] September 4th availability (pre-order it here). However, you are still able to check out their single “Sleep Alone” and reacquaint yourself with Tourist History (2010) during your wait.

Two Door Cinema Club (TDCC) is a fun, energetic, and creative band able to instantly lift your fallen spirits. Their first album was very matter-of-fact about this and you were aware they were providing you with these characteristics. Beacon comes off a bit differently. The energy and fun are evident, but the creativity and “something different” aspect can be fuzzy when listening while taking part in other activities. Songs somehow flow into one another while you are subconsciously nodding your head to the beat and a smile forms on your multi-tasking-furrow-browed face. When you focus, that’s when the magic happens. When it’s just you and the threesome from Ireland (sexual innuendos assumed). The kaleidoscope of synthesizer instrumentation with drums and bass brawling over which can create the better beats. These fantastic pieces are partially hidden amongst the up-tempo collaboration they consequently create.

If you were to dissect each song, separating each instrument, your jaw would drop. Beautifully written, these tracks are filled to the brim with exquisite composition (though often fleeting). With the entire album being just shy of 40 minutes, it’s brilliant how many unique and glorious elements were formulated and contained in such a small package. Yet, it is blurred, as if everything has already gone by before you have had a chance to listen. I’m sure TDCC did not intend for a Flash Gordon occurrence to overtake listeners of Beacon, though the irony fits nicely with the album title. This album is certainly not a slow-moving, predominant icon (such as a beacon), but rather you are the beacon searching for the elements that make this album so particularly exciting.

The more you listen to catchy as hell tracks like, “Next Year” and “Sleep Alone,” you will begin to appreciate the layers, upon layers involved. The former track has this powerful bridge, begun by snappy synth keys, transitioning to homily-esque acapella, revived by flute-like playfulness to the returned chorus. This is such an excellent moment. One that I would love to see carried out a bit further, itching for each of those three separate seconds to be prolonged. This is where the grayness occurs, with everything moving so quickly, it only takes a few seconds to unintentionally miss such an epic combination. Many tracks seem to zoom by without you being able to get a whiff of those intoxicating bits and pieces. Yet, some songs thrive for its entirety, such as “Sun” with a rock fusion attitude appearing about 20 seconds in that joyfully lasts throughout. Everything you hear on the surface, is also what it consists of underneath. Heading back to the single “Sleep Alone,” there are definitely some areas that can shamefully and easily be missed, but for the most part the fascination is in prime focus. Reminding me of a luscious mix between Coldplay’s “Hurts Like Heaven,” Postal Service’s “Such Great Heights,” and WALK THE MOON, you can’t deny this is a fantastic single.

Though Two Door Cinema Club’s Beacon is flying past you faster than Missy Franklin, it is entirely possible for you to hit the brakes. Listen to the album a few times, with a deep and searching listen. Play the “Find the Awesome Moments in Beacon” game by yourself, or with a friend (a better time with a friend, especially if you find the same moment). There are ways to enjoy this album’s astounding nature, and it is pretty much a necessity that you do so. Don’t let Beacon slip past you; I am strongly warning you that this would be a mishap.