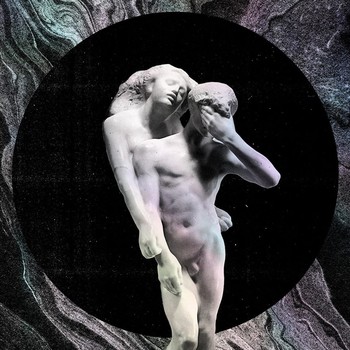 There is nothing out there quite like this two-disc menagerie of eloquent, experimental, and brash sounds.  All conceived a moment before “too much” meets “too outlandish,” the seamless creation of the composition and production is intoxicating.  It’s disgusting – in the most complimentary means possible.  You’re about to say no, or shake your head, but in that same moment a transition hits, new instruments chime in, or the instrumentals soften, and you realize how it now seems closer to epic than distasteful.

The Clash becomes tangled amongst David Bowie theatrics built inside an MGMT Congratulations manifestation and reminds us that a classic album of such proportions may sometimes catch us off guard.  We may not receive hands confidently placed on the hips with a tilted look of sureness that the album you’re listening to will be a favorite for all of time (Dale Earnhardt Jr. Jr.), but instead recognize that there is another kind of remarkable.  In fact, the more baffling kind that you hear and think to yourself that it may not be your favorite or might even be missing a chemical connection, but you are absolutely positive you’re listening to something that has been created by the musically talented and gifted…crafted and produced in such a way that infrequently takes place.  There is such a flawless plethora of layers upon layers of melodic twists and turns that leave you quizzically satisfied.  Yet as flighty as I may seem to be making this album out to be, it is entirely constructed in formulaic transitions and patterned intervals ingested by a quirky foundation with a partial to all things modern electronic and classic rock alike.

The album (Arcade Fire – Reflektor[Merge Records] OUT NOW!) is all around anthem-y.  For example, the Daft Punk Random Access Memories type of electronic journey “Reflektor” boasts vocal repetitive monotony amidst a vacuuming and releasing of instrumentation.  Or maybe a symbolic Jack White-type track “Normal Person” would be more along the lines of your personal anthem.  Then of course the sweet embellishment of horns that delicately infiltrates multiple tracks, capitalizing on the foundation of greatness that’s already been established.  Arguably one of the best songs of 2013, “Here Comes The Night Time” (not to be mistaken with the “II” version) is such a landmine of sporadic intoxication that you find yourself unable to contain your ecstatic reaction.  Slithering and sparking through your veins, you’re incapable of sitting still and not being overwhelmed by the melodies’ evolution.  “If there’s no music in heaven, then what’s it for?” lingers in an unsettled fashion during the second verse as you are about to embark on the next transition into hyper-extension of fast-forwarded beats with Paul Simon’esque female background vocals sending a pleasant chill down your back, and in conclusion revisit their simplistic introduction to finalize the over six-minute phenomenon.

This track alone is not necessarily what makes the album so noteworthy.  It’s only a peek into the moments like these that seem to happen continuously throughout the two disc Reflektor.  Their profound bundling of fascination splattered all over may feel like an overload, so taking it one song at a time, such as I have seemed to have subconsciously do, may be the best direction to begin with.