Sucking You In One Frightening Whisper At A Time: Jason Lytle’s Dept. of Disappearance 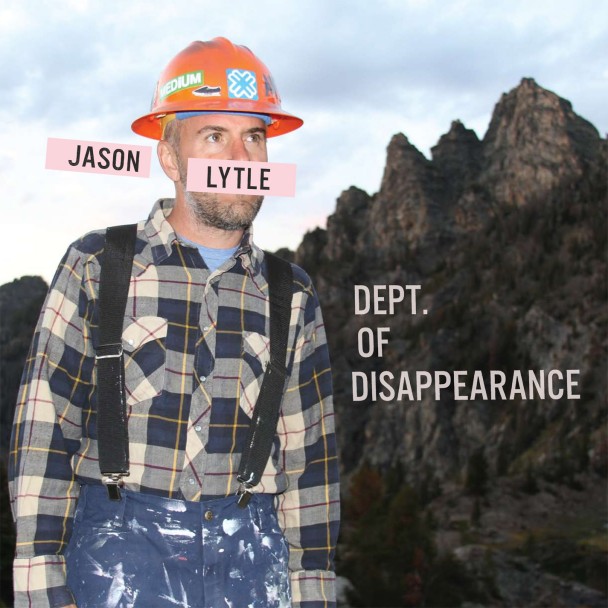 Vocals can sometimes be lost in intricate instrumentation or killer melodies, not going entirely unnoticed, but not symbolizing the music.  Then there are other vocals that can take a song and turn it into something else entirely (may or may not be a good thing)…think Brandon Flowers.   His vocals set the mood so that you always seem to be listening to a moment of realization.  As The Dept. of Disappearance [Anti] (Out 10/16)  travels along, you know that Jason Lytle’s vocals are the source of your emotional response to the music.  Coming from indie rock band Grandaddy, Lytle has experienced instrumentation and composition, so that every song is professionally constructed (by him).  Having a confident foundation to work from, you can get a true sense of his particular sound through his vocals.

Think creepy.  Think being in a 1970s psychological thriller.  Think being in a 1970s psychological thriller set in the dead of winter in a Midwestern town.  Then take all of these thoughts and put them in a soft, beautifully instrumented album, decorated in a deceiving bow of relaxing space rock.   Of course, this is my take on the album and I love the idea of a disturbed person having their moments of thought captured on a tape recorder from 1974.  I’m not throwing Lytle into this “disturbed” person of interest.  He seems rather ecstatic in his present position of writing, recording, and producing his solo album and able to do the things he actually loves doing (hiking…not stalking people).

With vocals coming at almost a whisper, you’re sucked into a fifty minute secret.  Lytle has themes of motivation (“Get Up and Go”) along with defiled hope (“Somewhere There’s A Someone”), the latter starting off to be a beautiful song of love in fate’s hands, then resulting in, “Somewhere there’s a someone, with someone else tonight.”   Yet, even with these, maybe more ‘normal’ lyrics and themes you also get the raw human response to the feeling of immediate separation;  “ex girlfriend’s lost pets and dead friends, no they won’t be hanging out with you again….you are gone” (“Young Saints”).   These emotions are what continue to wrap itself around the eerie atmosphere and draw it towards you, covering even the more ‘happy’ songs in a blanket of a pleasingly disturbing nature.

Dept. of Disappearance is one of those albums where line after line hits you in this “woe, that’s a different way of looking at that,” moment that forces you to tear out a notebook (do people still write in those?) and jot it down.  As listeners you surely cheat the system by accepting someone else going through a delicate and impacting reflection on life – enjoying the outcome of their painstaking work and then taking it from them.  As evil as this sounds on our part, let’s not forget that Lytle is the one writing, recording, producing, and making his beautiful findings available for the general public.  This album is one you will need to submerge yourself into, all the eeriness, strong solos and bridges, as well as the magnitude of lyrical wonder.

TAGS: Bob Davis, Modesto, CA, Sounds like each other, Bootleg Bar in Los Angeles on 10/23 (we’ll be there), “Last Problem of the Alps”<—great tune!