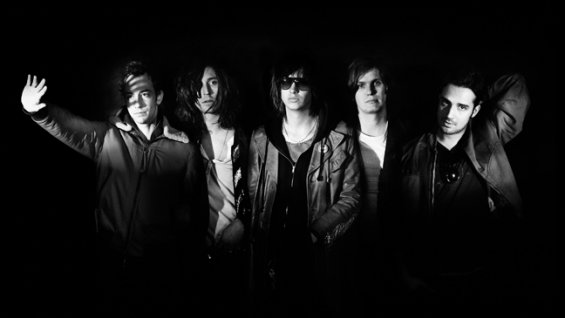 2013 has already spit out some soon-to-be rising stars in the form of twenty one pilots, Solange and Robert Delong. Even though they were pushed along by smartly organized 2012s’ they are truly whats “Up Next“. As we look into the 2013 crystal ball we see some mainstream artists that are set to deliver albums that might inspire the next generation of rising stars. Lets take a look at a handful of them.

Phoenix – its been almost 4 years since we’ve heard a new album from the Versailles, France natives. They’re splashing around some very, very big festivals all around the world.  Look for a single announcement in the coming weeks.

Jimmy Eat World – Last I heard, they were mixing their record in November.  I imagine its been mastered and they’re beginning to plot their delivery.  They’ve recently updated their website, so thats an indication that things are gearing up.

Kings of Leon – Only by the Night set this band into the stratosphere of popular music.  In 2010, they delivered Come Around Sundown which was a good album, but not a great album in my opinion.  However, their success was peaking after touring with U2 and the timing of that album was pretty great.  It received favorable reviews and sold over 2m units worldwide, so my opinion is apparently meaningless.  They did burn the candle at both ends though as singer Caleb Followill had an onstage meltdown that led to the band taking an extended break. Looking forward to a revolution to the bands roots.

Arcade Fire – This band is very discreet about their movements.  The Suburbs was such an outstanding album that we can only hope that they’re putting together a follow-up that will solidify their greatness.  This bar-broken band has soulful vocal and lyrical exchanges that many bands only dream to create.

U2 – A recent interview with Bono indicated the band had 6 working album titles they were tossing around with one of them being 10 Reasons to Exist. Coming off the highest grossing tour of all-time they’re taking their time putting out another album. Although this might be a pipe-dream for this year, they’re clearly recording tracks and discussing album titles which is leading to 2013 speculation.

The Strokes – Rumors have them releasing an album in 2013 with the lead single “All The Time” set to hit airways shortly.