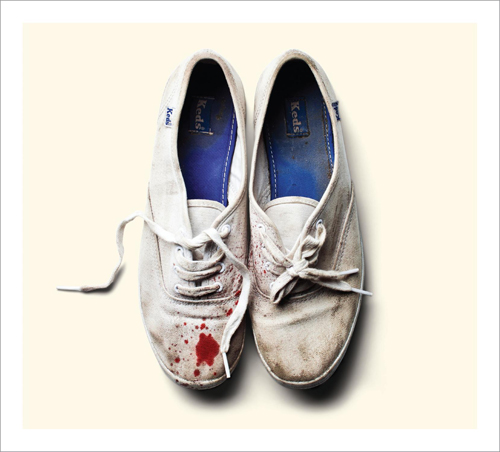 “New Orleans!  What the fucks up?!” screams Alexis Krauss as the heavy guitar by Derek Edward Miller and drums add to this vulgar and angsty introduction to Reign of Terror.  Preparing for a screamo Joan Jett’esque album I wasn’t sure where it would go.  However, as the album progresses, the melodies and beats are more than just “shred guitar.”  They are distinguishable and extremely catchy.

Krauss and Miller met in 2008 and already were receiving positive attention from the press after their EP was released.  In 2011, their first full-length album (Treats) was released and had two singles on popular television shows (well, if you acknowledge the American “Skins” as a television show).  Reign of Terror is quite impressive in its own right, and is receiving a lot of attention, including “Comeback Kid” and “End of the Line” performed on Saturday Night Live (2/18).   The performance was decent, full of energy with a surprising desire to rock out with Krauss.   However, with Sleigh Bells being the epicenter of a preconceived loud and booming sound it was difficult to transfer that on a Saturday Night Live stage.  This performance should be directly compared to their sold out show in New York City.  Streaming live, it showed the true nature of Sleigh Bells reflected by fans and virgin listeners alike.  To see for yourself, you can watch the chill-worthy performance of “Kids” a single off of Treats here.

Krauss’ whispering vocals and the complicated guitar melodies by Miller may throw you off as a rebellious and anger-driven album.  On a closer listen, reading some lyrics, and maybe doing a bit a research, you will find mortality as the theme to Reign of Terror.  In 2009, Miller lost his father in a motorcycle accident (“Leader of the Pack”) and from that emotion and heartache we can hear the sadness and support in many songs on this album.  Krauss’ vocals are the support system, “you’ve gotta deal with it – why don’t you look around, show me what you’re made of” while heavy metal drums escape the keyboard alongside a head-bobbing melody in “Comeback Kid.”   The rebellious punk mood this album puts you in isn’t exactly what you would imagine from such a dark theme.   Sleigh Bells seem to accept the idea of leaving this world, not in a beautiful and peaceful way, but rather a thrashing and uncooperative acceptance.  Death has made its presence and Sleigh Bells are not going down without a fight.

Previously a guitarist of the hardcore band Poison the Well, Miller certainly carries over his talent for intricate riffs that are a step above most noisepop bands.   There is something quite respectable and exciting here with noisy guitars and the notion of taking heart-wrenching real-world experiences and finding a way to share them through mind-blowing sounds.