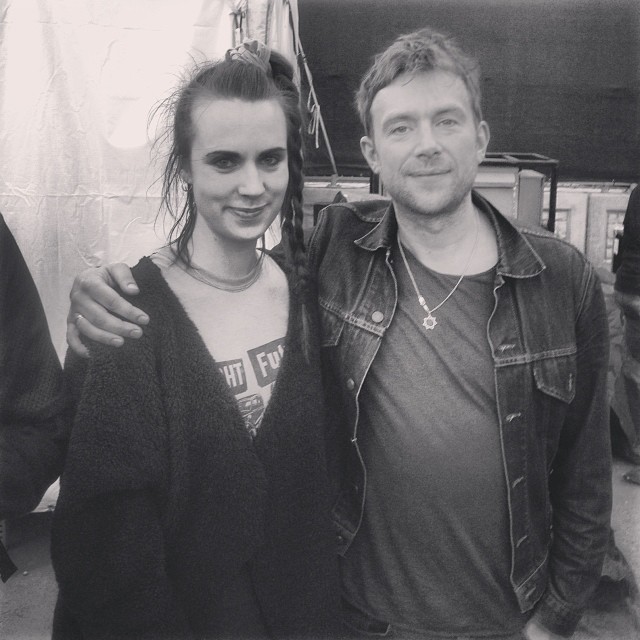 BANKS “Brain”
Currently the most underrated artist in the biz, BANKS crushes it once again with this sexy, sleek video that pairs with my favorite song of 2014 so far. This is serious inspiration,at least for me personally, to revitalize and reinvent after heartbreak. And so I will try. Thank you, Jillian.

Damon Albarn “Lonely Press Play”
I’m a few days late on this one but it couldn’t have come at a better time. The song comes from Albarn’s first solo album Everyday Robots which comes out April 29th via WMG. The video is cool. And this is also one of my favorite songs of 2014. Super excited for this album!

Mø “No Mythologies To Follow Trailer”
Okay, so it’s not an official music video but I don’t care. It’s a visualization of her album as a whole. And it’s awesome. I love how free and open this girl is to just being herself and letting the music take her physically wherever it chooses.

Johnny Cash “She Used To Love Me A Lot”
This video, directed by filmmaker John Hillcoat, speaks volumes of American history and the culture of our civilization today through a collection of images from Johnny’s life and events that served as the foundation for who we all are today living on American soil. Old photographs and footage pay homage to the legendary artist and the personal turmoil that he endured throughout his life including the cave where he nearly took his own life and his lake house that burnt to the ground. And, June. The song is from Out Among The Stars, an album from the 1980’s that was apparently lost, until now. Actually, until March 25th, the official release date.

Lily Allen “Our Time”
She’s silly and most of her songs and videos are really fun and girly, which is especially helpful in weeks where a majority of the videos are  intense and emotionally charged. We need videos like this to keep the week light and positive.