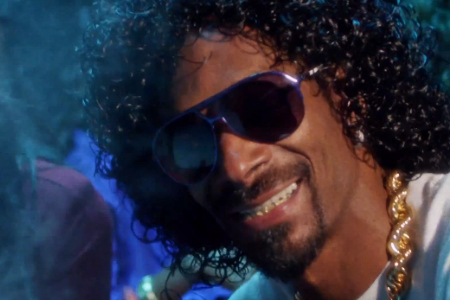 7 Days of Funk “Faden Away”
The keytaur, the giant cell phone, the jheri curl: it’s an amazing early 90’s hip hop party and it’s truly entertaining in all it’s glory. It fits the funky throw back perfectly. Snoop Dogg/Lion has teamed up with Los Angeles’ “Ambassador of Boogie Funk, Dåm Funk for a collaborative project whose self titled debut album is expected in the near future. I dig.

Arcade Fire “Afterlife”
The first ever Youtube Music Awards took place last Sunday and with that, some live music video performances took place that were exceptionally noteworthy. If you really stop to realize how difficult this would be to pull off as a producer/director, you can see how amazing this production really is. Spike Jonze did an amazing job with this one. You can feel the intensity and raw emotion in actress Greta Gerwig’s dance performance and the band is on point as well.

Chvrches “Lies”
This one reminds me of  an earlier video from the Scottish synth pop trio where a back story is intertwined with shots of the band playing. I love this band’s style and their songs are pretty great, as well. Check it out!

The Scottish indie rockers’ new video is a simple concept of saying screw you to the Man and everything that’s expected to take a leap and journey out into the unknown. Throughout the 3 minutes and 5o seconds, you do get to see a lot of Scotland and it is quite beautiful, which is why I like this video as much as I do.