Warning: session_start(): Cannot start session when headers already sent in /home/customer/www/killingthecabinet.com/public_html/wp-content/themes/massive-dynamic/functions.php on line 5
 The Best and The Worst of Coachella

The Best and The Worst of Coachella 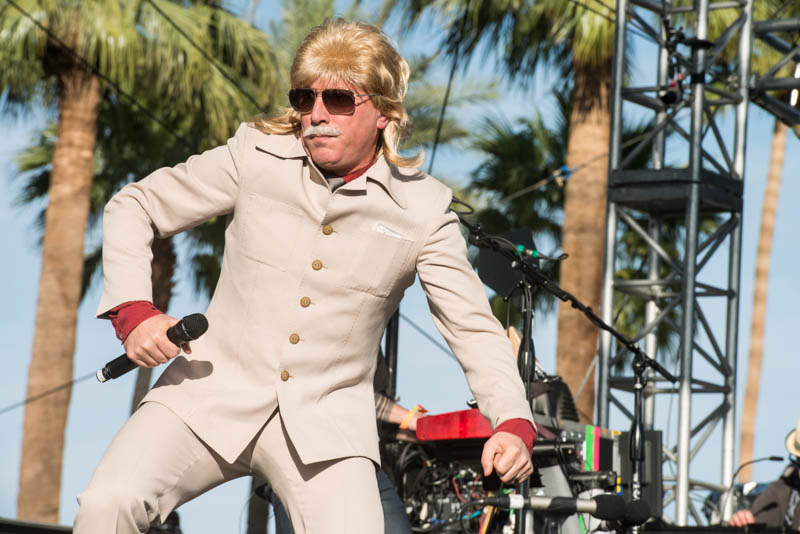 The Coachella hangover is slowly beginning to subside as I reminisce on a weekend of musical oblivion, realizing what we have all just gone through and what next weekend holds for those who will be attending the second round.  No doubt, there were acts that I didn’t absolutely love given the amount of performers from genres all across the board; indie rock, electronic, hip hop, alternative rock, r&b – you name it, we saw and heard it.  Yet, I left with the ultimate feeling of appreciation and satisfaction.  I’m a new fan of Tame Impala and Jake Bugg, both solid and entertaining performances that were surprisingly better than expected.  Major Lazer and Dog Blood both put on the ultimate dance parties for the raver kids in us all but it wasn’t until Knife Party that I really felt the dirty beats and eerie effects taking me to the next level.  On the same note, Dillon Francis threw down an unbelievable daytime electronic dance set in the Sahara Tent that started our Friday off on the right note.  Another surprising set was that of 80’s post-punk legends New Order who had a massive disco rolling when I popped in half way through their set in the Mojave tent. The XX were just as I had expected; great songs both simple, upbeat and mellow with solid musicianship all around but their sound could easily be drowned out by Two Door Cinema Club right next door..  Friday was my first ever Stone Roses concert experience and, although I was only there for the first 5 songs, I was completely blown away not only by my enjoyment in their songs and stage presence, but also by the crowd’s participation and pure joy in seeing an old favorite, singing along to every lyric and hugging their neighbors.  Here were true fans thoroughly enjoying every second of the show.  Band of Horses were flawless as expected at the Outdoor Theater with perfect sound even from a half mile away.  With that, Vampire Weekend blew me away too, even from afar at the camp site their sound was impeccable.

There were, however, a few artists that I had higher expectations for and/or left a bit disappointed after including Stars, Tegan and Sara, Yeah Yeah Yeahs, Aesop Rock, Dropkick Murphys, and Sigur Ros, all for separate reasons.  Sound was definitely an issue for some including the Yeah yeah Yeah’s – I was honestly confused for a portion of the set, wondering if there were front of house issues due to the extremity of the distorted sound that I experienced.  This may have also been true for Sigur Ros or the fact that they were being drown out by the outstanding Phoenix set nearby at the Coachella stage.  As far apart as each stage was situated, there were still pockets of space where overlap occurred.  Overall, it didn’t seem to affect those who were close enough to their favorite shows – the true music fans who put themselves as close as possible to the artists they came to see.

My choice shows may not come as a surprise to many who know me.  First and foremost, Grimes put on an outstanding performance in the Gobi Tent, seemingly stepping out of her comfort zone behind her keyboard where she has typically holds steadfast.  Her gorgeous soprano vocals layered on top of synth pop beats and melodies were entrancing.  She speaks her own language and those who understand and appreciate the artist in Grimes understand that language.   Alt-J was another performance that made my weekend complete.  It was just like listening to the album An Awesome Wave but so much better in the flesh.  Being a part of a crowd that knows the songs and appreciates the uniqueness of this band was incredibly fulfilling and entertaining, making this my favorite show of the weekend.  Puscifer comes in next as the most awe inspiring and captivating of performances.  Mayard is so obscure and off the wall both in his lyrics and stage presence, you can’t help but be consumed.  His vocal partner, Carina Round is a perfect match to his equivocality.  Throughout the set they threw out bags of nuts and Swedish fish because “people on drugs need sugar and salt and that’s a fact.”  Mine will be kept as a souvenir because, of course, I didn’t need the sugar and salt as much as others did.

Although I’m leaving out a great portion of the Coachella lineup that impressed me over my three day journey, I’ve covered the bases for what made this festival experience one that I will never forget.  The people that I shared my weekend with also influenced how I perceived the artists that I experienced due to their enjoyment (or lack thereof) and I’m grateful to have spent the time with them, bearing the elements and running free through the grassy fields of the Empire Polo Club.  Will I be back for another round?  Absolutely…next year.  For those who are going back next weekend, good luck and enjoy.  I think I need a year to recuperate.