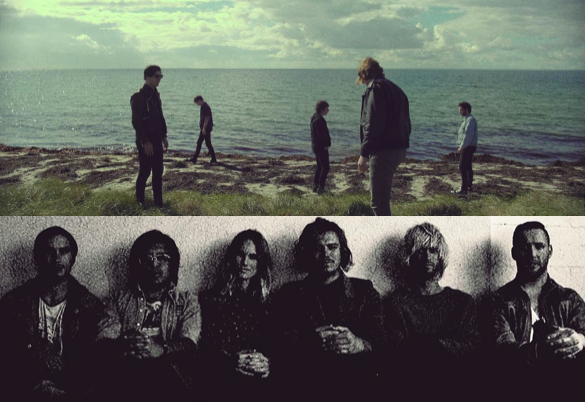 These boys hail from parts of Finland that are too cold for me to even look at on a map. Their latest White Orchid [Gaea Records] (Out Now, Get it HERE) is not their first release, in fact, its their third. Considering, they’ve only performed a handful of shows in the U.S. and being such a live show freak you’d think I’d need to see them live first.  Well this apparently can wait because French Films is one of my favorite new artists of 2013.  Let the anticipation build!  The comparisons are obvious, but they ARE a better (sounds-like) The Drums.  Its just better lyrically and melodically in my opinion.  The self-titled track “White Orchid” is a stand-out. You can hear that here.

This truly is a family band.  Hailing from Isla Vista, California FMLYBND claims to have all been friends who moved to IV to start their lives.  Shortly after moving they put together a band and started writing some killer tunes.  Their tune “Electricity” (listen here) off their EP Gold [FMLYBND] (Out Now, Get it HERE) is a hit.  With the right label and radio campaign this song should lift them to the next level like similar tracks from smallpools, Bad Suns and Parade of Lights have done.  Looking for this 6-piece to take the next steps in 2014.