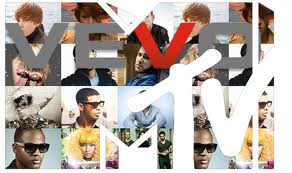 According to CNET, a pact between VEVO and MTV will bring the four major labels video catalog together again, starting today.  We wrote a story about this very possibility back in December.  Its important to note that this is the biggest thing to happen to the music industry this year.  Music videos from all four major labels will now be shared among online, tv, cable, and satellite channels such as YouTube, AOL, BET, CBS Interactive Music Group, Facebook, Fuse.tv, Univision, etc. etc.  MTV, once the music video king, looks to rebuild and solidify its future in the business of music videos with this affiliation.

VEVO, the channel within a channel, is the biggest “channel” on YouTube.  It has doubled its users in the last year to 55m and claims to produce over 1b views per month.  I’m wondering if VEVO could’ve done this without the YouTube immersion.

Look for VEVO to start producing its own programming and further its push to young viewers like its deal with XBOX back in October.  Now the only thing that will be better is for artists to start signing record deals where they get a larger cut off the huge licensing opportunities that are being brought to the table.  This furthers the impressions that monster artists like Lady Gaga and Katy Perry will get and breakout artists like Fun.

Video wins over radio right now since its readily available without any subscription (well you have Grooveshark, but Grooveshark has nowhere near the user-base as YouTube) provided you have an internet connection.  Its almost instant.  Making videos, going viral and getting record deals through this method will grow exponentially over the next few years.  I’m not a genius for saying this either, its just how the internet works.  Produce a cool video, make distribution easy, let the masses share it and the big companies will come knocking.

Think about how quick you can watch something on YouTube!

P.S. Today was my birthday!

special thanks to fast company for the image.