The Power of P!nk 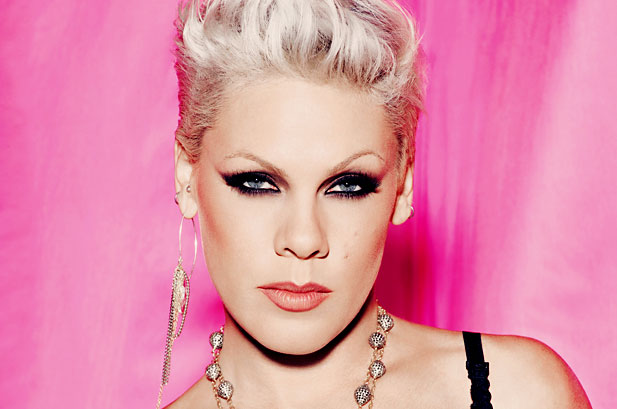 This past Monday I was honored to attend the Power of Pink benefit for The Margie Peterson Breast Center in LA with a special musical performance by P!nk. The event, hosted by Dr. Maggie DiNome, Chief of General Surgery at Saint John’s, was a fundraiser for further research and development in breast cancer as well as an honorary event for those who have struggled with the illness.

As I entered Stage 24 at Sony Studios, the ambiance and calmness of the room exuded elegance and intimacy with neon blue and pink lighting reflecting off of white leather couches. Sipping on martinis and munching on hors d’oeuvres, I geared up for a fun night, excited to experience the pop rock queen I’ve admired since the release of her debut album, Can’t Take Me Home in 2000… and she did not disappoint. Along with her outstanding vocal performance, P!nk’s presence was fun and inviting. Her energy and projection of female empowerment made her the perfect entertainment for such an event. Opening up with “Just Like a Pill” she stated that she never realized how appropriate the song was until now, being that we were in a room filled with doctors. She followed with “How Come You’re Not Here” and “Try”, two new songs from this year’s The Truth About Love. She was definitely getting the partied started. The acoustic version of “Family Portrait” literally had me in tears and one song later I was belting out to a cover of 4 Non Blondes‘ “What’s Up”, smiling from ear to ear. Another cover, Janis Joplin’s “Me and Bobby McGee” really allowed for a special connection to be made between singer and audience as we joined in singing la de da’s as a group, waving our drinks in the air. The final three songs were a pivotal moment for me in realizing the vocal control and range that P!ink so effortlessly projects. The loud and heavy energy in “Funhouse” and “So What” kept the vibe going in the room but it was those high notes that she hit with such ease in “Blow Me (One Last Kiss)” that I felt was a true reflection of how polished and adept this artist truly is.

Overall, this has been one of my most enjoyable concert experiences in my two years here in LA for multiple reasons, the most important being that my expectations (which were abnormally high) were exceeded. P!nk has proven to be a true talent whose music is enjoyed by so many different types of people. And, to top things off, her personality is just as likable. Funny, compassionate, and honest. P!nk is everyone’s homegirl.