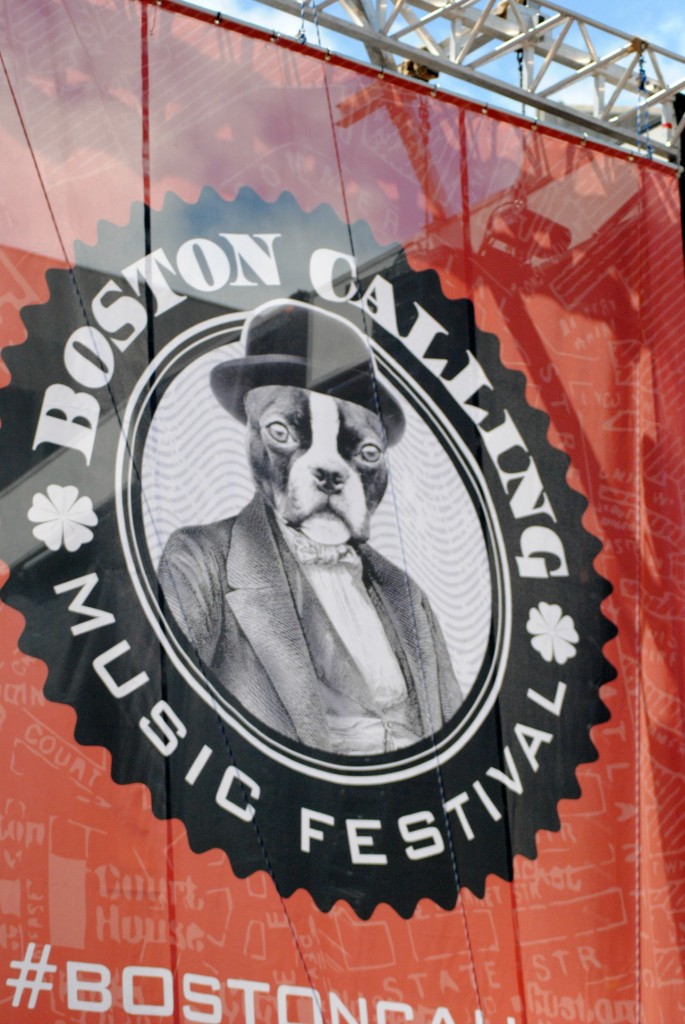 Since last Memorial Day Weekend’s Boston Calling, there have been a few upgrades and improvements as there would be for any newly created festival, particularly one in the heart of Massachusetts’ bustling capital.  From multiple food venues, separate press entrance, and volunteers helping those on the outside – trying to find the entrance to the inside, to the smaller things like wristbands for the press instead of stickers (though my iPod case is still strutting last year’s sticker) or multiple locations for alcohol purchases.  As long as great artists continue to be a part of Boston Calling, I will always attend for those who will continue to fix and create better ways of making a music festival a flawless experience, will continue having an even better event than the year before.

Let me start off by saying I didn’t think there were that many Chipotle followers.  No, I’m not talking about an indie band, I’m actually talking about the Mexican fast food joint.  Food is essential for festivals and consequently the line for the bathrooms wasn’t as long as the line for burritos and tacos.  Though I wound up at a Chipotle for dinner anyways, I ended up leaving the festival and traveling to an actual establishment with tables and chairs (which is a really cool option for a festival, shedding more reasons why having it within a city is pretty sweet).   Besides Chipotle, there were other delicious food choices on site, for all types of eaters and really good ones at that; Flatbread Company, the inevitable hot dogs and sausages, wings, and Vietnamese to name a few.  With my lunch choice being the latter, the coconut chicken Banh Mi sandwich was divine and between that and the burrito, it was probably my healthiest weekend in awhile. 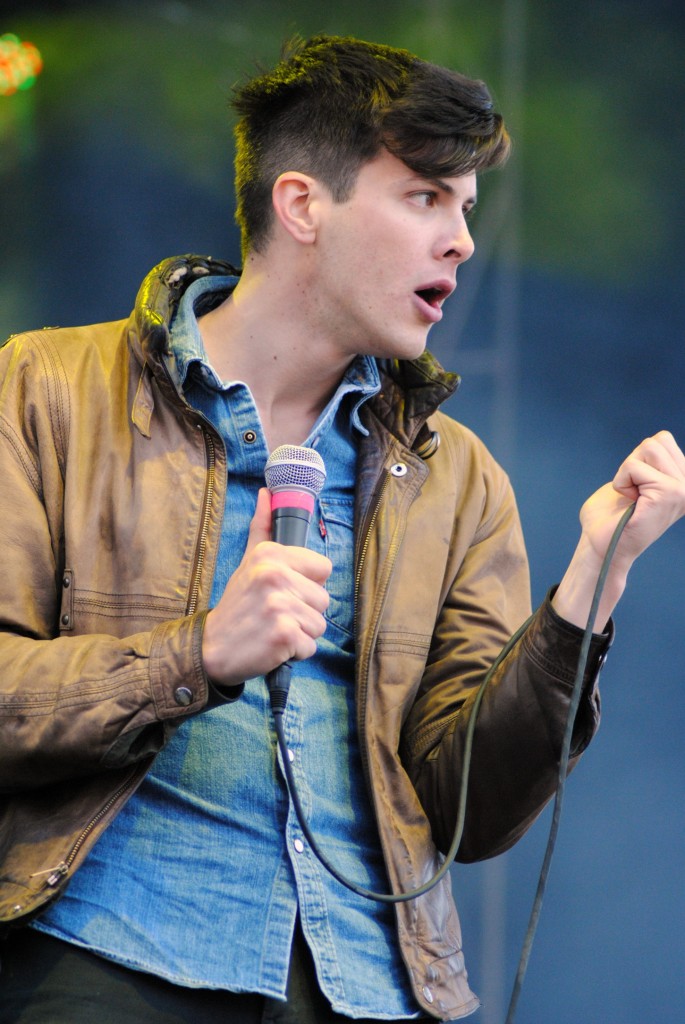 As with the first Boston Calling, every band began right on time.  This year you were able to “see” the band preceding the one you just rocked out to, though in some cases you weren’t able to hear them.  With construction preventing their September set up of stages across from one another so that there wasn’t overcrowding, there was a bit of overcrowding for this spring event.  Yet, most festival-goers don’t find those types of situations all that frustrating since they’re there to get hot and sweaty and rock out with strangers and friends alike.  There sure were a ton of people there.  I thought last year was packed, but this certainly felt like a quarter of Boston was at City Hall Plaza.  Smaller bands, like Magic Man or Maximo Park (or others who played before 3) were able to impress the socks off of plenty new listeners, which is a big piece of what live music is all about.  At one point one of the bands made a comment about it being such an exceptional festival because there was only one band going on at a time, which forced everyone to listen to that band.  He wasn’t saying this to be arrogant; he was humbly accepting the position of having everyone be tuned in to one band at a time.  This also allows fans to not miss anything, though they may be far off and only catching the live performance via a screen while waiting closer to the other stage for the more favorited band.

I’m not going to go too much into each performance, I’d rather let the pictures do the talking (forthcoming in another post).  However, I do want to give a brief highlight/lowlight of Saturday.  First off, Boston-based Magic Man kicking off the Saturday show was an epic beginning.  During the performance I recalled their first Real Life Color album and found it quite impressive how they were able to switch from genius laptop composers of dreamy wonder to catchy pop heartthrobs.  Simply amazing.  I felt a little sadness for their former sound’s disappearance, but I know they have it in them to possibly drop hints of it here and there… and their new niche is quite lovely on its own.  The audience went ballistic over lead singer Alex Caplow’s carefree rocker stage presence and good looks and we were all moving right along with him and their upbeat songs.  Another highlight was Walk Off The Earth who probably did the best job of getting the peace and love atmosphere rolling for this city harbored festival.  They also threw a bunch of instruments back and forth on the stage causing cheers amongst the swirling of herbs and laid back vibes. 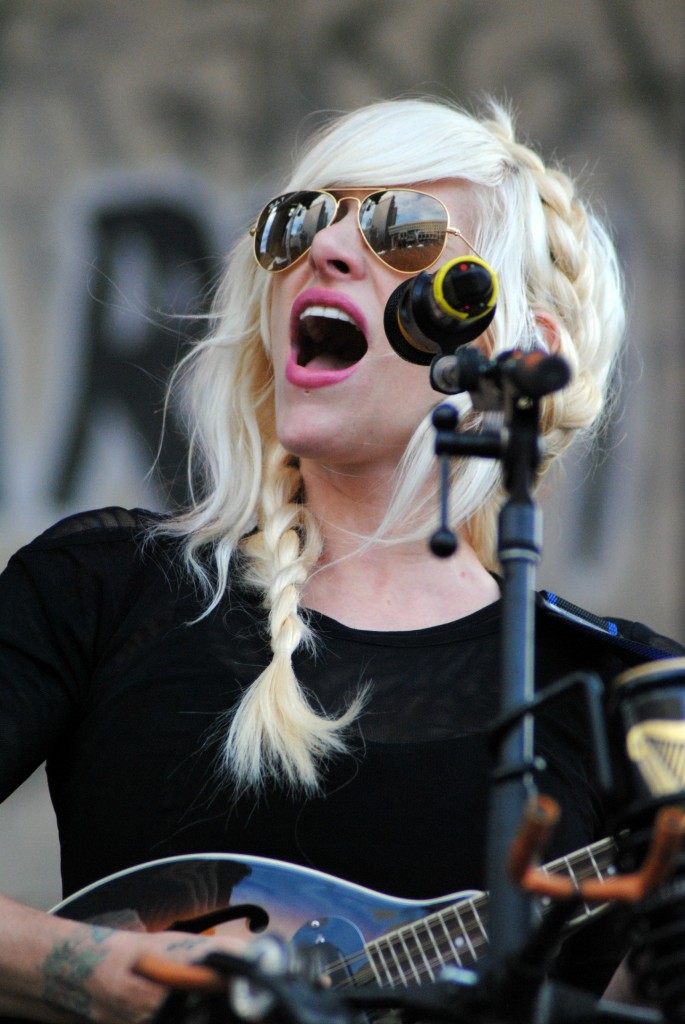 Lastly, my lowlight would be The Neighbourhood.  You may be boo’ing me from afar because you sweat Jesse Rutherford’s neck tats or Nick Carter 90’s middle parted hairstyle he was rocking.  However, going into this performance blindly, I had no clue what to expect from this band, I just remember loving “Sweaterweather.”  Thinking it was a dude with a Mac and keyboard (yes, I live under a rock when it comes to certain bands), my jaw literally dropped as he came out all tatted up looking like a taller metalhead version of Jared Leto and acting just as cocky.  He put on quite a performance, grinding on stage to the shrill screams of many females in the audience and jumping off amps here and there.  That was my lowlight, and mostly because I was taken aback by his love for himself rather than the quality of music (it was a little boring but not dreadful).