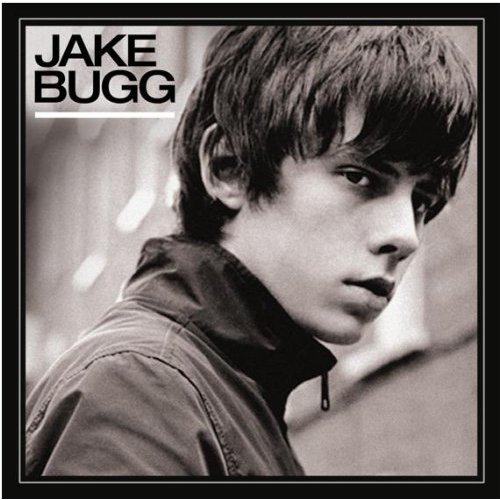 Mr. Jake Edwin Kennedy is an angsty lad full of lover’s turmoil and rebelling against proper behavior.  From Nottingham, UK comes an 18 year old who goes by the stage name Jake Bugg (Lord knows reason for this chosen name, for I personally came up with my own better choices, including “Edwin of Nottingham”).   After having more of a crawl into the music business, Bugg finally has been able to make some ground not only in Europe, but having quite a few packed venues for his US tour.  The single “Two Fingers,” seems to be what did it for him, and it damn well should.  After the first few strums, the lyrics certainly require a sing along “I drink to remember, I smoke to forget, some things to be proud of, some things to regret…” and is quite a way to start a song.  Once the bass pedal comes in, we know this song is heading in the upbeat direction, and moments later the chorus takes over, clapping hands and flashes of The Beatles earlier “Hard Day’s Night” cause instant gratification.

The majority of the tracks are on the folky and acoustic mellow side.   Of course, I’m strictly speaking about the music.  The lyrics are filled with Bugg sharing his unhealthier choices, which may be a direct result of his more sorrowful themes of bitter relationships.  The album is broken up into poppy Beatles-esque songs that are catchy and addicting while the other three quarters possess songs that are mellow and closer to Bob Dylan’s Highway 61 Revisited.    Compiled of both catchy melodies and significant tracks, then flavored with a gentle acoustic strum are then wrapped in Jake’s distinct vocals.

A little touch of The Tallest Man of Earth sound mingled with a 60s British folk rock transfers into a mature Nick Drake feeling.  This is not a comparison I would take lightly, and I tried to discredit myself for finding any correlation, but it keeps coming back.  Every listen, specifically on the more mellow tracks, I get the same emotions running through my veins as I do when listening to Drake’s Pink Moon.  This makes quite an enormous accomplishment for Mr.  Bugg.  Songs from his self-titled album that make a name for himself include “Slide,” a slowed down, transition-filled moment that is protruding with emotional power.  “Someone Told Me” has a whispery, catchy melody and the way Bugg says “girl” makes you want to buy a ticket to the UK.  This track also possesses a realistic and adult view on hardships within your love life as the theme seems to find itself settling in.  The intro song, “Lightning Bolt”’s quicker pace and electric guitar send this to my favorites, specifically with the simplistically instrumented, yet articulately talented 60’s feel.

Jake Bugg is able to connect to the avid listeners, whether tapping their foot, shedding an understanding tear, or crooning along in empathy.  Due to his down to earth vocals you can pinpoint yourself in the stories that he shares.   He talks about life, sometimes including his alcohol intake (which may or may not be a lot depending on your personal preference) or disobedient ways, but that’s what his music is about, sharing his life experiences with the world and confidently holding up two fingers.