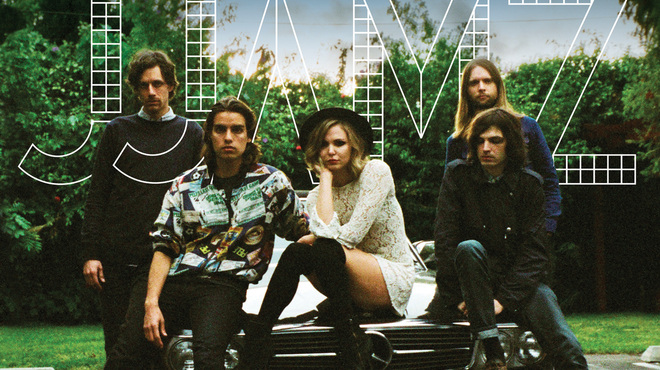 Jjamz is the product of a late night out of karaoking and partying with friends (seriously).  Elizabeth “Z” Berg (the Like), Jason Boesel (Rilo Kiley, Bright Eyes), James Valentine (Maroon 5), Alex Greenwald (Phantom Planet) and Michael Runion make up the LA-based 5 piece.  They’ve stung us with killer tracks like “Suicide Pact” and “Heartbeat” lately.  This album has been spinning non-stop here at ktc.  Stay tuned for our interview with them towards the end of the month.

They’re on tour, including a week of CMJ this month.  If you see them live, hit at us to let us know what you think!

October 26th – The House of Blues in Chicago, IL