Up Next: Nashville’s Vinyl Thief 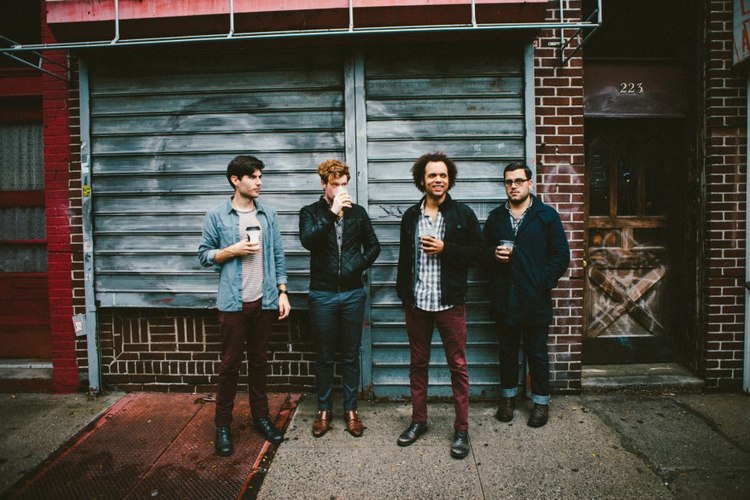 Nashville, Tennessee…what’s good?  Amongst all the line dancing and traditional gritty blues comes a quartet of sophisticated electro rock pop providing a heavy baseline for bands to live up to. Infectious and professional are the resulting characteristics you’re burdened with after watching a live set.  Taking over the entire stage, literally I think they had about 4 keyboards/synthesizers they were weaving in and out of, you are blindsided with how tight their sound was.  Why have I not heard of them before?  And what is their name again (“Vinyl Teeth”  “Final Thief”…we ended up having to do some research)?  Every song was biting and flashy so that after each one my friend and I were exchanging increasing “they’re good”’s to one another until it became “no, like really…they’re awesome.”  The jubilation resulted in their Rebel Hill EP (download it for free here) on my iPod within the week.

Sadly this EP does not have many tracks, though it fares nicely with my obsession with “Rebel Hill,” for I get to hear it pretty quickly with the album on repeat.  This song is so succulent, so juicy, with a powerhouse intro capitalizing on a sprinty chorus which is magnified by the effortless wide-range vocals shifting transitions fluidly into hip hop beats and lofty bridges.  Having the advantage of witnessing a live version I can now combine images of Grayson Proctor (with a fashion sense similar to that of Mr. Nate Ruess) jumping and two-stepping around the stage with the upbeat party song.  “Rebel Hill” is my “We Can’t Stop”  I’ll take this video over Miley’s any day. With their debut album in the makings, this is a band of great magnitude to pay close attention to.  Vinyl Thief has those required elements of naturally thriving musical talent that we long to hear and I’m ever so excited for more tracks from these gents.

They’re Touring this summer too!