Up Next: Now, Now 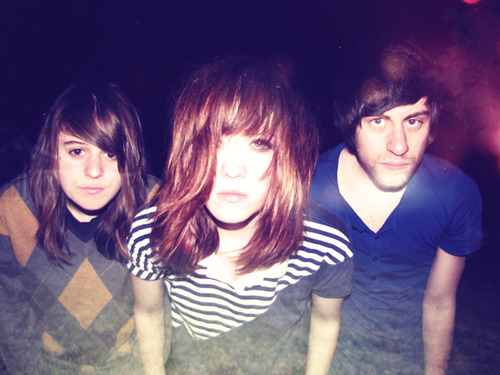 Now, Now Every Children is now; Now, Now.  What started in Blaine, Minnesota in high school by Cacie Dalager (middle above, vocals guitars and keyboard) in 2003, is now a three-piece band with Bradley Hale (right above, drums backing vocals) and Jess Abbott (left above, guitar and vocals).  They add other members when touring regionally.

I’m quite proud to say we found this band on we are hunted.  I’ve heard of these gals before, but never heard anything quite like this.  Their latest album Threads is a journey through high school, relationships and lack of sleep.  For some reason bands who sing about sleep and dreaming tend to hit me right in my heart.

I saw them yesterday, as the opening band for The Naked and Famous and Vacationer at the Wiltern Theater in Los Angeles.  They were pretty good, but were suffering from what all opening acts suffer from:  low db, an improper mix and a house 1/3rd of the way full (even though it was a sellout) and talkative, although patient.

I imagine this will change the next time they’re around.

You can buy Threads here.

You can see them live here.

special thanks:  Picture from PropertyOfZack.