Up Next: Robert DeLong 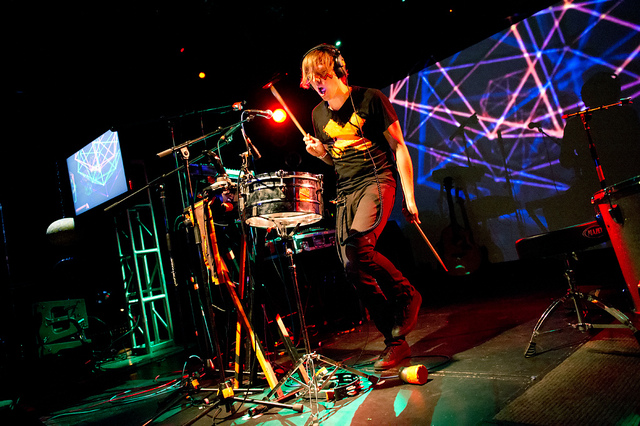 Take a good look because you’re going to be seeing a lot of this guy in the near future.  Robert DeLong first popped on our radar after being named one of MTV’s 2013 artists to watch.  So far, his year seems to be going very well. His album Just Movement was released yesterday on Glassnote Records and, along with the excitement of the record release, he will be a featured artists at a few of the most substantial music festivals this year including Coachella and Ultra Music Festival.  Bringing a whole new flavor to EDM, DeLong includes all sorts of technological devices to his live performance including video game remotes that trigger samples and loops.  Not to mention the fact that he also sings, plays a midi keyboard and percussion as well, some simultaneously.  It’s a combination of intellect indie pop and multi-instrumental dubstep;  Owl City meets Skrillex.  Arguably one of the most talented musicians to reach Killing the Cabinet this year, Robert DeLong is providing us, in the present, with what we can look forward to in the future of music.

Check out Charissa’s review of the album tomorrow and our interview with him this Friday!

Live from the Jam Van in our back yard, here’s “Global Concepts”