Up Next: Sons of the Sea 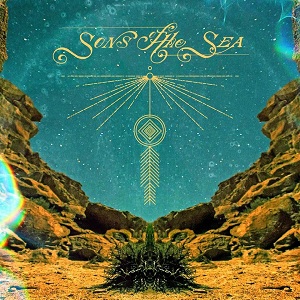 Sons of the Sea is the newest project for Brandon Boyd, best known as frontman for Incubus, who recently found himself uniquely free after 7 years under the wing of a major label (Sony). After spending months promoting his third book “So The Echo”, Brandon got back in the studio with longtime Incubus producer, Brendan O’Brien, who worked on many of Incubus’ records including A Crow Left of the Murder, Alive at Redrocks, Light Grenades and If Not Now, When?. The finished product is Compass, a 4 song EP that was released in June and a self titled album that followed shortly after in September [AVOW Records].  The opening track “Jet Black Crow” and closer, “Hey, That’s No Way To Say Goodbye” clearly exhibit Incubus like qualities on a basic level, though Boyd’s vocals are the essential, most recognizable aspect of both band’s sound.  Honest, vulnerable, adventurous and heartening: his intelligence is exposed in the lyrics he belts out so effortlessly and intimately. Their alternative rock roots are familiar, albeit a bit more colorful with a flare of  pop that we began to see in later Incubus recordings. The composition is elegant and Brandon Boyd is flawless as usual. His passion and raw emotion is once again translated through beautiful melodies, exhilarating riffs and philosophical, romantic lyrics.

Watch the steamy new video for “Come Together” here: