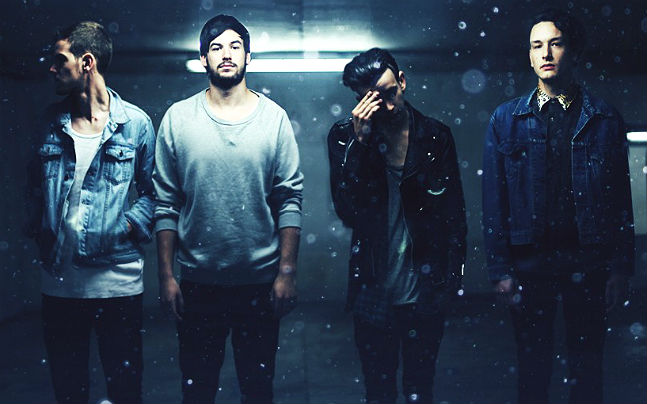 Matthew Healy, Adam Hann, George Daniel, and Ross MacDonald are The 1975, a British alternative electro pop rock quartet from Manchester who are currently embarking upon a massive tour throughout Europe and the US.  Incorporating elements of R&B, space pop, ambient, nu gaze, and indie rock, the first three EP’s are an interesting collage of genres, all of which are appealing yet at the same time a bit confusing when mixed together on a record.  At any rate, we don’t care to classify genres and actually find it enjoyable to be carried along on a unique and mysterious journey though recordings.  With their magnetic charm and dark, rebellious demeanor, The 1975 are becoming my new crush the more I watch and listen.  Check out the riveting acoustic version of “Sex” on last.fm from the EP Sex (November 2012) –

You can see the 1975 in June in the US…maybe.  Tickets are completely sold out for a majority of their shows not only in Europe, but also in the states.  They’ll be joining forces with The Neighbourhood for a section of their tour and one show is scheduled with Muse as well.  Things aren’t looking to shabby for The 1975.

Here’s “The City,” the latest single from the upcoming album IV  (May 21st) via Vagrant Records.