We Missed The Boat, But We’re Not Missing The Raft: Animal Kingdom’s The Looking Away 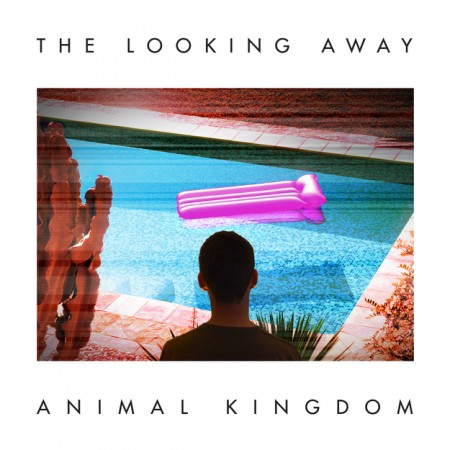 With all the music that is passed along and heard not only in suggestion, but also by accident, it is inevitable that we’re going to miss something good. And with that, there’s also a chance that we will miss something pretty freaking great. Not having any control over what will enter through our receptive and keen ears, it is left up to the fates. Sometimes we won’t ever hear something that connects with us the right way, and breathes lives into our musical souls. But sometimes…sometimes we get extremely lucky, even if it’s arriving a little late to the scene of musical magic and pick up on it a few months after it has already been introduced and circulated. Though we’re sad we didn’t pick up on things a bit sooner, we can be grateful that we ever caught on at all. You’re assumptions are correct, the latter has happened to Killing The Cabinet. A spunky, talented and catchy trio from Britain has stolen our hearts. They go by Animal Kingdom and though we missed the first leg of the trip, we sure are happy we found them since their early spring 2012 release of The Looking Away.

“Skins, strings, sings” playfully informs facebook readers on Animal Kingdom’s ‘about’ page of what their instrumentation consists of. This puts things very simplistically, especially when listening to the sound we hear from them. The drumming is crisp and carries the transitions professionally, while the strings are focused more on the bass, though guitar can be looked at equally in this position and hold its own, and finally the vocals are smooth and relaxing. What they are missing are the keys, which are a large component of Animal Kingdom’s sound. The piano/synth brings the song to its full potential and allows each track to be virtually unique from one another. The influences on The Looking Away are vast and powerful, with inspiration ranging from Bjork, to Bob Dylan, and Radiohead, you most certainly are able to pick up on these artists and more. The first band that came to my mind was Spoon, though as you read through their plethora of influences (listed on their facebook page) you can find moments where these are all heard.

Naturally I don’t tend to venture my favorite tunes in the slower tempo tracks on any album (I mean, when I was thirteen “God Must Have Spent A Little More Time On You” was my number one, but that was over ten years ago). Yet, on The Looking Away, I find myself falling in love with the more mellow songs (“White Sparks,” “Straw Man”). I tend to find comfort in placing my reasoning in the vocals of Richard Sauberlich and how well the album balances his falsetto moments with keys and thick, drowsy melodies. So many moments on this album are so perfectly constructed, fitting seamlessly piece-by-piece in a beautiful 3-5 minute track. Transitions are so delicate you hardly notice they are taking place, though you know the song is moves along nicely.

Their first single “Strange Attractor” has been released for awhile, but was somehow circumvented around our ears. The video is a bit bogus, though creative and impressive…it may cause some upset stomachs as it is a time lapse video of a chick upchucking fruity gummy candies (the “making of” video is more favorable in my opinion, the guys are pretty funny lads). The song is absolutely creative and definitely impressive, never causing upset stomachs. The composition is beautiful and you get a great feel for what they can do when creating more up-tempo tracks.

Animal Kingdom is a band that is now on watch and I am extremely excited that although we’re a bit late, we did not miss them all together.  Their album The Looking Away is their sophomore record and they have certainly impressed us. I wish I would have seen them play a month ago in a crowd of 30 max at a small venue, for now I feel that they won’t be playing shows that small for quite awhile.