You’re Tired, Your Feet Hurt, and You Just Want To Go To Bed: Broken Bell’s After The Disco 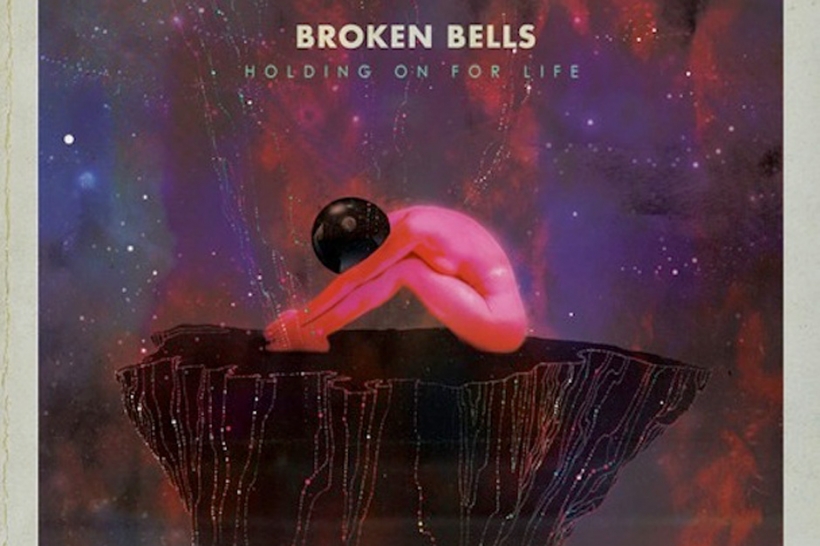 After the disco, you’re exhausted and are lingering on recent memories of articulate hip gyrating.  What you’re not doing is getting amped for the next one, or even wanting to stay awake at all.  With that being said…After the Disco is similar to how you’d feel “after the disco.” When it doesn’t sound like a Shins song, it is either forgettable or on a few tracks delightful.  With such a non-Shin’s-like single (“Holding on for Life“)  I wasn’t expecting to feel like I was listening to a new Shins album rather than the indie James Mercer meets musical virtuoso Danger Mouse collaboration that it is.

James Mercer’s vocals work in the indie component that we’ve been accustomed to.  Dreariness and blustery days are where we found solace in the matter-of-fact vocals of Mercer accessorized by rock instrumentals.  Trying to blend the mood with synthy upbeat mellow drama rubs off the wrong way.  Your ear perks up to these delicious tidbits that appear throughout, but just as quickly fade out as you begin to lose your interest.  Some albums take awhile to get into the groove, or to grow on you, this doesn’t seem to be the case besides being witness to those mini presents.  Shins fans may be able to find comfort in After The Disco and may even swoon at the refreshing Danger Mouse addition of electronic elements.

The introduction to the first track, “Perfect World,” is so promising as it rolls open.  As melodies are being welcomed in, you’re just waiting for this large sound to explode, heavy drum beats or a drawn out screechy synth note.  Instead, you become let down at the lackluster melody.  Disappointment parades itself through most of the six minutes where verses are a sped up Death Cab melody.  By the last quarter, you get a bit more emotion in the music, but you can imagine how it might sound with an even more amplified beat.  Most of the tracks give off these type of emotions, typically the more Shins-y ones.  There are a few pleasantries on here ( “Leave It Alone” and “No Matter What You’re Told”) that may have had more of the Danger Mouse influence in the arrangements and with Mercer changing up his typical vocal intonations so that there’s a Black Keys or a Mutemath feel.  Those tracks stand out amongst the others, reflecting the catchy instrumental melodies, so that everything is finally on the same respectable and catchy playing field.

If I could go back and redo any song over, for the sheer purpose of trying to gather all pieces and hoist them to meet their possible potential,  it would be “The Remains of Rock and Roll.”  The sexy string intro is euphoric, and even the verses into the pre-chorus are acceptable.  The chorus is how do you say…unacceptable.  Its boring and mundane melodies will put you to sleep.  And after they’ve charmed me with these sultry notes? It’s rather infuriating.  Another anti-climactic chorus strikes at “Lazy Wonderland,” as well with this wide range of possibilities that just shrivel and become background music.  When you have such great instrumental prospect and it just seems to unsizzle and fade, it breaks my heart a little.